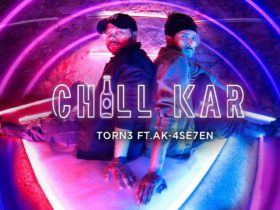 American rock band, Weezer has released their first track, “All My Favorite Songs” from the upcoming album, “Ok Human.” Listen to the full song below.

Weezer officially teased their new album, ‘Ok Human,’ via Instagram last week, also, the lead single, “All My Favorite Songs,” now it has finally out now. The album arrives on January 29th and is available for pre-order by clicking here.

The band said about the album, “During the summer of COVID-19 we grabbed our masks, hit the studio & began to chip away at what is now known as OK Human. An album that was made by a handful of humans using only analog technologies (including a 38 piece orchestra) for all of you humans to consume.”

“‘OK Human’ was made at a time when humans-playing-instruments was a thing of the past.” They added, “All we could do is look back on ancient times when humans really mattered and when the dark tech-takeover fantasy didn’t exist. We used our instruments to connect to the 1960s and 1970s and, with the orchestra, back to the 18th and 19th centuries. We had no click track or loops or hi-tech sounds. Not even an electric guitar.”