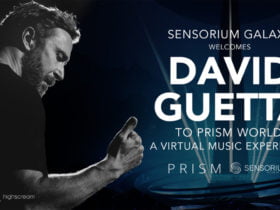 Yungblud shared the tour poster via his social media account and wrote that, “THE INTIMATE AS FUCK TOUR pt2! 🖤🇬🇧 im gonna be playin all the songs off WEIRD but stripped back as fuck … these were the craziest shows last time, wanted to do it again! it’s gonna be cute, and intimate as fuck. but just coz it’s intimate, don’t mean it can’t be rowdy! 🤘 all u gotta do is pre-order the album **thru the link in my bio** 🖤💋🖤tix on sale tomorrow 11am bst.”

MUST READ – Psychology Facts About Music Which You Should Know

The Intimate As Fuck tour II will take place from 29th March to 6th April 2021(next year). He is also releasing his second album ‘WEIRD!‘ next month, it would bring the ‘Intimate As Fuck Tour Part 2’ to a series of venues across March and April 2021.

Recently, Yungblud has revealed his new virtual tour named ‘The Weird Time of Life’ for later this year. The virtual tour is set to arrive on November 13 via Locomotion / Polydor Records. This accompanies the release of the artist’s upcoming second album ‘Weird!’. Know more about the tour click here.

Yungblud shared the video for his latest single ‘Cotton Candy’. It’s the newest release from ‘WEIRD!’, in addition to ‘God Save Me, However, Don’t Drown Me Out’ and ‘Strawberry Lipstick’.