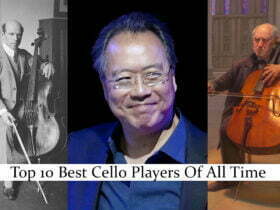 Kylie Ann Minogue AO OBE aka Kylie is the top Australian singer & the highest-selling female Australian artist of all time, born on 28 May 1968. Her accolades include a Grammy Award, three Brit Awards, and 17 ARIA Music Awards. In the late 1980s, She rose to fame as a recording artist and released four bubblegum and dance-pop-influenced studio albums produced by Stock Aitken Waterman.

Eleven of her songs and 14 of her albums have been certified Gold by the Recording Industry Association of America (RIAA). Newton-John is one of the best-selling music artists from the second half of the 20th century to the present.

Sia Kate Isobelle Furler is a well-known Australian singer and songwriter, born on 18 December 1975. She began her profession as a singer in the acid jazz band Crisp in the mid-1990s in Adelaide. One of her interesting things is that Sia has usually worn a wig that obscures her face to protect her privacy.

Filippina Lydia “Tina” Arena AM is a famous female Australian singer & record producer, born on 1 November 1967. Mark one of Australia’s highest-selling artists and has sold over 10 million records worldwide. She achieved many international and national awards, including a BRIT Award, seven ARIA Awards, and two World Music Awards for Best-selling Australian Artist (1996, 2000).

Amethyst Amelia Kelly aka Iggy Azalea is one of the famous Australian female rappers & singers, born on 7 June 1990. Azalea gained popularity after releasing the music videos for her songs “Pussy” and “Two Times” on YouTube, both of which gained rapid popularity.

Natalie Jane Imbruglia is an Australian-British singer, born on 4 February 1975. She began a singing career with her chart-topping cover of Ednaswap’s song “Torn.” Her accolades include eight ARIA Awards, two Brit Awards, one Billboard Music Award, and three Grammy nominations.

Melissa Morrison Higgins aka Missy Higgins is an Australian musician and activist, born on 19 August 1983, nominated for five ARIA Music Awards in 2004, and won ‘Best Pop Release’ for “Scar”.

Her Australian number-one albums include:

Courtney Melba Barnett is a prominent Australian musician, born on 3 November 1987. Known for her deadpan singing style and witty. She gained international popularity with the release of her EP The Double EP: A Sea of Split Peas in 2013.

Danielle Jane Minogue is an Australian singer & actress, born on 20 October 1971. In the early 1990s, She began her music career, achieving early success with her debut studio album, Love and Kisses (1991).

Judith Durham AO was a well-known Australian musician, born on 3 July 1943 & died on 5 August 2022, who became the main singer of the Australian folk music group the Seekers in 1963. On 1 July 2015, she was named Victorian of the Year for her services to melody and a range of charities.

Christine Joy Amphlett was an Australian singer, born on 25 October 1959 & died on 21 April 2013, best known as the member of the rock band Divinyls. She was recognized for her bold, overtly sexual persona and incendiary humor in lyrics.

Toni Watson aka Tones and I is one of the popular Australian singers and record producers, best known for the super-hit single, “Dance Monkey” which dropped on May 2019 and reached number one in over 30 countries, including Australia. Tones were the most awarded artist at the ARIA Music Awards of 2019, winning four of eight nominations.

Jessica Origliasso is a famous Australian singer & songwriter, born on 25 December 1984. Also, She started the pop band The Veronicas with her twin sister. In late 2011, Origliasso started a group called the Dead Cool Dropouts with Tyler Bryant, mainly done using GarageBand on a Macintosh computer.