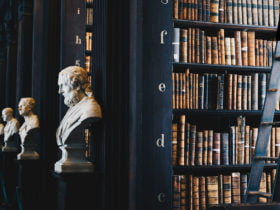 21 Best History Books Of All The Time

This list of Indian Female Singers is dedicated to the powerful and strong voices of the Indian music industry – the women in singing. They are the symbol of women’s empowerment and prosperity. This list is for every young girl who wants to become a singer/musician, to look at these talented ladies and move forward. Because dreams do come true!!

Lata Mangeshkar was not only a singer, she was an era. An era that ended this year and left us all sad. Her songs and her voice were something that inspired many young singers to pursue the route of music. She is someone that every musician looks up to.

Lata Di was known as the ‘Nightingale of India’. She recorded songs in over 36 languages and some foreign languages too. She was honored by Padma Bushan and many other national awards. Some of her famous songs are Lag Ja Gale, Piya Tose Naina Lage, and Tere Bina Zindagi Se.

Shilpa Rao (birth name Apeksha Rao) is from Jamshedpur, Bihar. She debuted with the song Javeda Zindagi which was offered to her by Mithoon and it became her breakthrough. She is been working in the industry since 2007, that is 15 years. One of the most famous Indian female singers ever. Whether you want to dance to Woh Ajnabee or be romantic with Khuda Jaane, or have #MeTime with Manmarziya, it is all thanks to Shilpa and her versatile voice.

Another gift to the music industry by the Mangeshkar family, Asha Bhosle, is an Indian Playback singer who has sung in over 20 Indian languages and some foreign languages too. She received many national recognitions including Padma Vibhushan and Dadasaheb Phalke Award.

Her voice is known to be of the soprano vocal range. The songs she sang included Chura Liya Hai Tumne Jo Dil Ko, Kara Mohobbat Wala, Dum Maro Dum, and Abhi NA Jao Chhod Kar, which I am sure you must have listened to.

Since then she has been singing songs in numerous languages and is one of the highest-paid singers in Bollywood. She also works as a judge for singing reality shows. Her songs are : Piyu Bole, Bairi Piya, Dola Re Dola, etc. One of the most famous Indian female singers ever.

Sunidhi Chauhan recorded her first debut song at 13 for the film Shastra(1996). Following this, she won Filmfare RD Burman Award for New Music Talent. She has a very powerful voice and she has sung the best songs in Bollywood. In 2010 she also made her international break with a new version of the song Heartbeat by Enrique Iglesias. She has also featured in Forbes Celebrity 100 of India four times from 2012 to 2015. Some of her songs that are famous are Mehboob Mere, Ainvayi Ainvayi, Sheila Ki Jawani, and Kaisi Paheli Zindagani.

This girl from Indore is not only an Indian Playback singer but is also a social worker. From the age of 7, she is been performing in shops and collecting money to raise funds for the Kargil War of 1999 and later for the victims of the Odisha cyclone 1999.

She and her brother Palash Muchhal perform across India and abroad to collect funds for the treatment of heart ailments children. Her works in Bollywood include Meri Aashiqui, Chahun Main Ya Naa, Kaun Tujhe, etc.

Jasleen Kaur Royal, 31 is from Ludhiana, Punjab. She sings in Punjabi, Hindi, Bengali, English, and Gujarati. She is also a composer and songwriter. Her debut song was Panchi Hojavan which came out in 2013. Because of her ability to play multiple instruments, she was called a ‘One woman band’ by the judges on India’s Got Talent 2009.

Marks one of the most famous Indian female singers ever. She has sung in many Bollywood movies some of which are: Preet from Khoobsurat, Kho Gaye Hum Kahan from Baar Baar Dekho, Prateek Kuhad, Ranjha from Shershah, and many others.

Apart from her recent song choices with Tony Kakkar, Neha have a heavy voice which is a perfect fit for Sufi and party songs. Her voice is bold and thus is liked by many. She has also appeared in many music videos like O Humsafar, La la la, Khyal Rakhya Kar, etc. From being a contestant in the second season of Indian Idol, she is now also working as a reality show judge on Indian Idol and also worked on Sa Re Ga Ma Lil Champs 2017. Some of her famous songs are Kala Chashma, Maahi Ve, and London Thumakta.

Her career started at the age of 6 when she sang for All India Radio (Akashvani) , Calcutta. She got a big break with the song Ek Do Teen from the movie Tezaab. She is known to sing in 25 languages and also 15 Pakistani Songs. In her 40 years of music career, she has recorded over 20,000 songs in different languages and for over a thousand films. Choli ke peach kya hai, Ae Mere Humsafar, Ang Se Ang Lagana, Gali Mein Aaj Chand Nikla, are some of her famous songs. One of the most recoganised famous Indian female singers ever.

Rekha Bhardwaj is the voice for Humari Atariya Pe, Namak Ishq Ka, Sasural Genda Phool, Judaai, Kabira, Mileya Milyea, Phir Le Aaya Dil, need I say more !? She has a voice that sets the mood for a Ghazal night. Her songs are the ones that are quite famous amongst Hindi music listeners and they are the perfect companion to relax with.

The voice of Maggie in the movie Love (1991) for the song Sathiya Tune Kya Kiya, Krishna Nair Shantakumari Chithra is an Indian playback singer and Carnatic musician. She has recorded over 25,00 songs in her career in many Indian languages. Apart from singing in Indian languages, she has also recorded in Latin, Arabic, Malay, French, English, and Sinhalese. She has won both Padma Bhushan and Padma Shri. Yeh haseen Vadiyan, Kehna Hi Kya, Raat Ka Nasha, Kasam Ki Kasam, Antha Ishtam, Rukkumani Rukkumnai, etc. are her songs.

90s kids know her very well. She is the voice for every Garba song. Every Navratri, the dancing playlist was filled with Falguni Pathak. Her music style is based on the traditional Gujarati form. Which also gave her the nickname ‘Dandiya Queen’. Most of her songs are love based with a cute story in the video. Her songs Maine Payal Hai Chhankai, Yaad Piya Ki Aane Lagi, and Tera Mera Pyar Sanam are songs you can dance to if you are in the mood.

Working since 2003, Neeti Mohan is the eldest sister to dancers Shakti and Mukti Mohan, and Kriti Mohan. She was born in Delhi. Ishq Wala Love is the song that brought her recognition for which she also won Filmfare RD Burman Award for New Music Talent. Her genres include pop, films, and classical. She has also appeared as a coach in The Voice India Kids Season 1 and The Voice India Season 2. Must listen to song suggestions: Nazar Laye, Tu Hi Tu, Sapna Jahan, Naino Wale Ne.

Recorded over 50,000 songs in 46 languages, Kavita Krishnamurti won Filmfare best Female Playback Singer Awards for consecutive 3 years from 1995 to 1997 and also Padmashri in 2005. Her first break in her singing career was with Lata Mangeshkar for a Bengali film song, a wish that any musician would die for. Not only in movies, she has also sung for V shows such as Alif Laial, Mahabharat, Ramayan (1986), Shri Krishna, and Ramayan (2008). One of the most famous Indian female singers ever. Songs to listen to are Roop Tera Mastana, Sawan Ka Mahina, Jeete Hai Shaan Se, Mere Do Anmol Ratan, Neend Churai Meri, and Tum Ko (Rockstar).

An Indian playback singer for Ghazals and Sufi music, Kavita Seth’s Iktara is the most (yes most) famous song amongst the GenZs. The music, the voice, the lyrics, the video, if there is anyone who doesn’t like that song, I am sorry for you. She even won the Filmfare Award for Best Playback Singer for this song. Along with singing for Bollywood, she also is a composer and also has her private albums. She was the voice of Tabu in the web series A Suitable Boy. In 2022 she released the song Rang Saari with her son Kanishk Seth, which became a huge hit on Social Media.

Voice to the song Zara Zara from Rehna Hai Tere Dil Mein and its Telugu and Tamil version too, Jayashri Ramnath is a Carnatic vocalist, singer, and musician. She is from Calcutta, West Bengal, and has been working since 1982. In 2010, she also sang for the international film Life of Pi. She also believes in the healing power of music and has been working for autistic children. Song suggestions : Suttum Vizhi, Thaimai, Neela Kannula, Mamta Se Bhari, Chahoon Bhi Toh.

A voice so soothing and beautiful, yes we are talking about Monali Thakur. You will agree with me if you have listened to Moh Moh Ke Dhaage from Dum Laga Ke Haisha, for which she received many awards including National Film Award. Her songs Sawar Loon, and Khol De Baahein are the ones that can make you feel like you are in Bengal, even if you have never been there. She is actually one of the best singers of this generation.

Shalmali entered Bollywood with a famous song Pareshaan from the movie Ishaqzaade, which was also a debut film for Arjun Kapoor and Pareeniti Chopra. This song was very famous and topped charts across India. She also sang dare desi from Cocktail and Aga Bai from Aiyyaa, which were again huge successes amongst the listeners. Her songs are party songs with Lat Lag Gayee, Balam Pichkari, and Shuddh Desi Romance, being huge successes. She also made her film debut with the Konaki-Marathi film Tu Maza Jeev in a supporting role.

A member of India’s first all-girl band – Viva, Neha auditioned for Coke (V) Popstars in 2002 and formed the band there. The band was disbanded in 2004, but Neha has been singing in Bollywood and Tamil films. She is the singer for Kuch Khaas Hai from the movie Fashion. She has also collaborated with Malaysian Hip Hop Star Emcee Jesz for the song THANIYE. Song suggestions: Dil Diyan Gallan (unplugged), Chashni, Heeriye, Jag Ghoomeya.

Anuradha is a prominent Bhajan singer and is one of the most successful singers of 80s and 90s Bollywood. She has been honored with Padma Shri in 2017. In her career, she has recorded more than 9000 songs and 1500 bhajans in various languages. Some songs you must have listened to her are Chaha Hai Tujhko, Kore Kore Sapne Mere, Maiyya Yashoda, and Tu Meri Zindagi Hai.