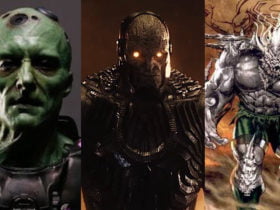 12 Evil Superman Villains Of All Time

Here we go folks, Today’s list is about the top Indian Models that are too hot to be true. They are well-known celebrities and have successful careers in the world of modeling. All of these models are the best ones in India.

The winner of Provouge MensXP Mister World India 2014, Prateik also took part in Asian Supermodel Contest held in China and became the first Indian man to win it. He is 33 years old and has studied at Christ University. Apart from this he has also represented India at Mister World 2014 and was among the top 10 finalists.

With a fanbase of 128K followers on Instagram, Ujjwala is an Indian Model who won Femina Look of the Year when she was just 17. She was also a part of the Victoria’s Secret Fashion Show amongst other famous models. And later for 2 more such shows.

In 1996, she was amongst the top fifteen Elite Model Look contests in Nice. She has also hosted and judged Kingfisher Calendar Hunt in 2012 with Milind Soman. She worked as a mentor in 2019 for MTV Supermodel of the Year.

Radhika was the first Indian model to walk for Demna Gvasalia, a Georgian fashion designer, at Balenciaga in Paris. She met Henry in Delhi through a friend and was cast for the show. Radhika has appeared in many other famous campaigns which included Harpers Bazzar (US, UK, India), H&M X Erdem, etc.

She is also an avid amateur photographer and her work is published in W Magazine & she is also an Indian classical trained singer. One of the famous hot Indian models you can’t ignore. She is a private person on social media and thus has only 2K followers on Instagram with a private account.

Breaking the stereotype about engineers Milind is not just a supermodel but also an Indian actor, film producer, and fitness enthusiast. He is a 56-year-old, who manages to not look like one. He was born in Glasgow, Scotland but his family shifted to Mumbai in 1973.

As an actor, he made his debut with the first English-language show in India, A Mouthful of Sky. He also represented India in Swimming at South Asian Games in 1984 and won a silver medal. In 2015, he managed to complete the Ironman Triathlon on his first try in 15 hours and 19 minutes. He has 1.1 million followers on Instagram. One of the famous hot Indian models you can’t ignore.

Tony Luke Kocherry, 36, is from Kochi, Kerala. He began his career as a model at 19 and then diverted to acting. Tony mainly does Malayalam films and also made his debut in 2019 as Arjun Joseph (Naina’s secret lover) in the Bollywood movie Badla.

Tony has a following of 54.4K people on Instagram. In 2005, he also became an international model in Milan, Italy represented by Major Model Management. He completed his engineering degree from PES University, Bangalore, and International Business Administration from Regent’s Business School, London.

A model as well as an actor, Gaurav Arora is from Mungaoli, M.P. He completed his college in Indore and then came to Mumbai to pursue a modeling & acting career. His first breakthrough as an actor was in the film Love Games, where he played the lead role. He also starred in Raaz: Reboot. Recently his show ‘Aadha Ishq’ was released on Voot.

He is famous in his modeling career too and has worked with big designers such as Manish Malhotra and Rohit Bal. He was also claimed as one of the fittest supermodels by Men’s Health magazine in 2011.

Already the winner of Miss India International 2021, Zoya will now represent India at Miss International 2022 in Japan. She was born in Lucknow and studied at Mithibai College, Mumbai. She also won 3rd position in Femina Miss India 2013. Afroz began acting at the age of 3 from a TV commercial for Rasna and later worked as a child actor in the show Kora Kagaz in 1998 and also in films Hum Saath Saath Hai, Mann, and Kuch Na Kaho.

She won Bharat Ratna Dr. Ambedkar Awards for Beauty Queen of the Year and also Life Ok’s Best Actress Award for the movie The Xpose, where she started as a lead.

The first-ever Asian that was crowned Mr. World was Rohit Khandelwal in the year 2016 for which he also received a $50,000 cash prize. He debuted with a jewelry advertisement with Kareena Kapoor Khan. Later he came in the 76th episode of Yeh Hai Aashiqui and then in Million Dollar Girl. One of the famous hot Indian models you can’t ignore.

India’s first transgender model, motivational speaker, and trans rights activist. Naaz(birth name Naazi Joshi) is 37 years old. She won the Miss World Diversity beauty pageant three times in a row. She studied at NIFT in knitwear design and technology. Before this, she studied fashion design at the Pearl Academy of Fashion.

She is also a pageant director for the company MIHM (Mrs. India Home Makers) which aims to remove the gap between genders and works for the betterment of cisgender women.

Recently she also made an acting debut in the movie Samrat Prithviraj(2022), acting in the lead role of Sanyogita with Akshay Kumar. She had studied in Medical at Bahgat Phool Singh Medical College in Sonipat.

In 2016, Bhumika was the cover model for Vogue and was also named the next Indian Supermodel. She has walked for many national and international ram walk shows, some of which are H&M Fall/Winter 2016-17, New York Fashion Week, London Fashion Week, Fendi show, Hermes, Channel, Dolce & Gabbana,  and many others.

She also appeared in the editorials for American Vogue, British Vogue, Indian Vogue, Vogue Paris, Teen Vogue, Love Magazine, etc. Vogue also rated her No. 3 in “7 things we loved today” on the website, for her walk for Vera Wang in New York Fashion Show.

Karan Oberoi a.k.a KO was initially a graphic designer and from there he accidentally got into modeling. He has worked in advertisements for Reebok, Royal Enfield, and Isuzu. Magazines like Men’s Health and Health & Nutrition have also featured him on their cover page.

He completed his bachelor’s in commerce and master’s in media from Delhi University. He also did MBA from Amity International Business School, Noida. HT Brunch awarded him with the title ‘Top Fitness Model’ in the year 2018. e also won the title of Best Body at Mr. India International.