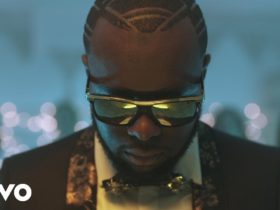 So when you scroll up the page you will see the most popular car movies includes, The Driver, Ford v Ferrari, Fast and Furious, Mad Max Fury Road, Two-Lane Blacktop, Rush, and many more.

The Driver seeks help from The Player to mislead the detective. The Detective is hell-bent on nabbing the Driver, a man well-known in the criminal world for manoeuvring getaway vehicles during crimes. The Detective decides to set a bank robbery to trap him.

Carroll Shelby, an automotive designer, and Ken Miles, a race car driver, join hands to build a trailblazing vehicle and compete against the Ferrari race cars. One of the Best Car Movies Of All Time.

Speaking about the story, Travis, an ex-marine and Vietnam veteran, works as a taxi driver in New York City. One day, he decides to save an underage prostitute from her pimp in an effort to clean the city of its corruption.

Fast & Furious is a media franchise centred on a series of action films that are largely concerned with illegal street racing, heists, spies and family. The franchise also includes short films, a television series, live shows, video games and theme park attractions. One of the Best Car Movies Of All Time.

The film has 6 parts including:

Doc forces Baby, a former getaway driver, to partake in a heist, threatening to hurt his girlfriend if he refuses. But the plan goes awry when their arms dealers turn out to be undercover officers. The success of Baby Driver has increased studio interest in producing a sequel.

Wright set Baby Driver for over two decades. He developed the idea while in his youth, and his early directing experience further shaped his aims for Baby Driver.

Fearless drivers in the world have compiled to compete for the 1966 Formula One championship. After a spectacular wreck in the first of a series of races, American wheelman Pete Aron (James Garner) is dropped by his sponsor. Refusing to quit, he joins a Japanese racing team.

While juggling his career with a torrid love affair involving an ex-teammate’s wife, Pete must also contend with Jean-Pierre Sarti (Yves Montand), a French contestant who has previously won two world titles.

Mad Max: Fury Road is a 2015 Australian post-apocalyptic action film co-written, co-produced, and directed by George Miller. Miller collaborated with Brendan McCarthy and Nico Lathouris on the screenplay. One of the Best Car Movies Of All Time.

It stars Kurt Russell as a stuntman who murders young women with modified cars that he purports to be “death-proof”. Mike, a Hollywood stuntman, kills women and makes it look like a car accident. His plan works for several years until he meets a group of girls who are all set to fight back.

Speed Racer wants to save his family business and be a racing champion. His biggest hurdles are the nefarious owner of Royalton Industries, cheaters, a race-fixing racket and the mysterious Racer X. One of the Best Car Movies Of All Time.

Tobey Marshall is a former race car driver who owns his late father’s garage, Marshall Performance Motors, in Mount Kisco, New York, where he and his friends tune performance cars. Struggling to make ends meet, he and his crew participate in street races after hours.

A street racer is crafted by a rival who is also a wealthy business associate in a murder case. Upon his release, the street racer devises a plan with revenge in mind.

It reveals the story of Charlie Croker (Michael Caine), the leader of a cockney criminal gang discharged from jail with the intent of doing a “big job” in Italy to steal gold bullion from an armoured security truck. One of the Best Car Movies Of All Time.

Mad Max 2 Aka The Road Warrior in the United States, is a 1981 Australian post-apocalyptic action thriller film. A retired police officer lives to survive and is none too pleased when he finds himself the only hope of a small group of honest people running a remote oil refinery.

Vanishing Point is a 1971 American action film. In the movie, Car delivery driver Kowalski is chased by the police for speeding as he tries to deliver a car. The chase results in several dangerous outcomes, whereby the police try to arrest him. One of the Best Car Movies Of All Time.

In this road film, a mechanic (Dennis Wilson) and a driver (James Taylor) live only to race and maintain their 1955 Chevy. Heading east from California with no particular agenda, they give a girl (Laurie Bird) a ride, and en route she incites jealousy between the men by sleeping with them both.

Meanwhile, the trio encounters an overbearing GTO driver (Warren Oates) who agrees to race them to New York, each side putting at stake their most prized possession: their car.

In the movie, James Hunt and Niki Lauda, two extremely skilled Formula One racers, have an intense rivalry with each other. However, it is their enmity that pushes them to their limits. One of the Best Car Movies Of All Time.

Coming to the film, ‘Collateral,’ Max, a cab driver, is shocked after he learns that his passenger, Vincent, is an assassin who is on a deadly mission to kill people. However, he must stop Vincent before it is too late.

Thelma & Louise is a 1991 American female buddy road crime film. Docile housewife Thelma accompanies her pal Louise, an independent waitress, on a brief fishing trip. However, Louise kills a man who endeavours to rape Thelma at a bar. The two flee to Mexico. One of the Best Car Movies Of All Time.

David, a businessman, passes by an old tanker truck in a desert while travelling for a meeting. The driver of the truck is a psychopath who finds David’s overtaking offensive and decides to kill him. The movie is one of the greatest made-for-television films ever made.

A story about a mystic who journeys through the history of legendary film industries and the world of entertainment in search of his final destiny. The film competed for the Palme d’Or at the 2012 Cannes Film Festival.

Delaney, a racer for Porsche is still guilty of the accident that killed his fellow driver a year ago. Overlooking the past, he has to win the race at Le Mans, the world’s most strenuous race course ever. It features actual footage captured during the 1970 race held the previous June. One of the Best Car Movies Of All Time.