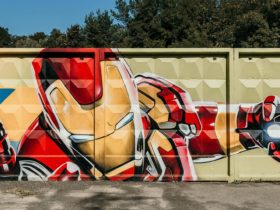 Best Superhero Movies You Must Know

Here we go guys, In this article, we are presenting you the 30 best marvellous movies based on real books & the best book to movie adaptations of the century so far – Must watch these movies.

It has adventure, thriller, drama, a love story, and a lot more things. We will take a look at our favorite movies based on books released by today.

As we all know reading book increases the readability of our mind but when we watch any movies so we understand it easily.

So Let’s take a look at 30 Best Movies Based On Books | Movie Adaptations.

It is the story of banker Andy Dufresne (Tim Robbins), who is sentenced to life in Shawshank State Penitentiary for the murders of his wife and her lover, despite his claims of innocence.

The Talented Mr. Ripley is a psychological thriller film written and directed by Anthony Minghella. The movie received five Academy Award nominations, including Best Adapted Screenplay and Best Supporting Actor for Law. One of the Best Movies Based On Books.

The movie was released in 1995, which is directed by Ang Lee and based on Jane Austen’s 1811 novel of the same name.

The Martian is a 2015 science fiction film directed by Ridley Scott and starring Matt Damon. Drew Goddard adapted the screenplay from The Martian, a 2011 novel by Andy Weir.

It is a 1972 American crime film directed by Francis Ford Coppola, who co-wrote the screenplay with Mario Puzo, based on Puzo’s best-selling 1969 novel of the same name.

Also, the film won the Oscars for Best Picture, Best Actor (Brando), and Best Adapted Screenplay (for Puzo and Coppola).

The first film in the Jurassic Park trilogy, and is based on the 1990 novel of the same name by Michael Crichton and a screenplay written by Crichton and David Koepp.

The movie, “Little Women” was released in 2019. The drama film was written and directed by Greta Gerwig.

Meanwhile, It is the seventh film adaptation of the 1868 novel of the same name by Louisa May Alcott. In addition, the film garnered six Academy Award nominations.

The movie is a 2006 American comedy-drama film directed by David Frankel and produced by Wendy Finerman.

Also, The screenplay, written by Aline Brosh McKenna, is based on Lauren Weisberger’s 2003 novel of the same name.

Bridge to Terabithia is an American coming-of-age fantasy adventure film, which was released in 2007 & directed by Gábor Csupó and adapted for film by David L. Paterson and Jeff Stockwell.

Also, It is based on Katherine Paterson’s 1977 novel of the same name. One of the Best Movies Based On Books.

This novel still managed to be a sensation when it was released in 1998. The Books author Lewis Acker actually penned the screenplay for the film so this is about his faithful of an adaption as fans could possibly hope for.

Buy To All the Boys I’ve Loved Before Book

To All the Boys I’ve Loved Before is based on a book by author Jenny Han.

When the movie was released on Netflix, It may not have come with high expectations however, it ended up being a runaway hit for the streaming service spawning two sequels.

In addition, It follows the same story points, the book is actually part of the trilogy the remainder of which serve as source material for the sequel films.

The Sisterhood Of The Traveling Pants

The Sisterhood Of The Travelling Pants narrates the story of four friends who find a pair of second-hand jeans that somehow fit all of them despite their different body types.

When the book ‘Room’ was released in 2010, it ended up on many best of the year lists.

So it is no surprise that a film adaption was made and considering the extremely confined setting of the novel one in which a woman and her son are being held against their will in a single room for years.

The movie earning four academy award nominations and a win for Larson for the best actress.

The movie is directed by Steven Spielberg, based on the Pulitzer Prize-winning 1982 novel of the same name by Alice Walker. Also, the movie tells the story of a young African-American girl named Celie Harris.

The novel ‘Silver Linings Playbook’ by Matthew Quick flew under the radar when it was released in 2008. David O’Russell took this story and turned it into something really special definitely navigating the difficult subject matter of mental illness.

The portrayal of characters suffering from afflictions like depression and bipolar disorder has not always been handled with sensitivity but Bradley Cooper & Jennifer Lawrence’s performances were something to behold making this movie an award show darling.

The book, “The Spectacular Now” was released in 2008. Clearly, the producer saw something in the quiet book about two teens falling in love while one deals with alcoholism.

It was released on August 2, 2013, and grossed $6 million worldwide. One of the Best Movies Based On Books.

Buy Me And Earl And The Dying Girl Book

The movie, “Me And Earl And Dying Girl” was not only Jessie Andrews’s first novel but also became his first-ever screenplay.

In fact when he was tapped to create the script he had not only never written one he had not even read one and yet he succeeded in fitting his novel story into the confines of movie constraints based on the title alone.

Considering the fact that filmmaking is a major theme in the story being able to see the film that Greg made really added to the experience.

While most of the movies on our list were based on novels this one was crafted with a short story as its inspiration. Because of the short length director, Angley was able to fully flesh out the characters that author Annie Prue created. One of the Best Movies Based On Books.

The film was released on December 9, 2005. The filmmakers managed to translate the decades-old story and make it feel fresh.

Love, Simon is a romantic comedy-drama film directed by Greg Berlanti, written by Isaac Aptaker and Elizabeth Berger, and based on the novel Simon vs. the Homo Sapiens Agenda by Becky Albertalli

The filmmaker scrapped the wordy title and dubbed the film Love Simon, but kept all of the elements of Albert Ali’s novel that fans loved so much.

It became the first movie made by a major studio to focus on a queer teenage love story. Also, the film eclipsed the popularity of the book gaining a whole new fan base who wanted to ship Simon & Blue.

The film becoming one of the top romance movies of our generation. The Undeniable chemistry between Ryan Gosling and Rachel McAdams brought the story to life in a way that just wasn’t possible on the page.

Back in 2012, It seemed like everyone was talking about Gillian Flynn’s unconventional thriller Gone Girl debating its use of the unreliable narrator and its unexpected twists and turns.

It was perfectly primed to get the Hollywood treatment through as always fans were worried a movie might not do the story justice but if anything the movie even added to the drama and suspense of the novel totally nailing the vibe of uncertainty as Nick tries to prove to the world and the reader that he has nothing to do with his wife’s disappearance.

Kevin Kwan’s novel ‘Crazy Rich Asians’ was successful in its own right but when it was adapted into a 2018 film it became the highest-grossing romantic comedy to be produced in 10 years. One of the Best Movies Based On Books.

There has been a bit of a slump when it came to good old-fashioned light-hearted romance movies but it seemingly managed to revive the genre by giving viewers an unfamiliar setting and upping the diversity of the cast by using mostly actors of Asian descent in the primary roles.

John Green is basically the next generations Nicholas Sparks. The movie was written by him which was adapted into a 2015 movie starring Cara Delevingne but more notably he was also the man behind 2014’s hit the Fault Our Stars.

This small budget film ended up grossing over 300 million dollars at the box office. It will definitely have you crying by the end. One of the Best Movies Based On Books.

In the early 2010s, It seemed like the easiest way to craft a hit movie was to base it on a dystopian young adult novel but The Hunger Game was definitely the best of the bunch. Based on Suzanne Collins book series this movie cranked up the dramatic tension and romance that existed in the novels while amazing to please all of the loyal fans of the series.

The work of Jane Austen has been adapted for both the big and small screen since mediums began one of our favourite renditions comes from 2005.

This version of Austin’s most well-known novel Pride and Prejudice stars Keira Knightley as Elizabeth Bennet and Matthew Macfadyen as Mr. Darcy.

The movie screenwriter Deborah Mohawk attempted to remain close to Austin’s original work while adapting dialogue and trimming the storyline. She quoted “if it’s not broken don’t fix it.”

Buy Call Me by Your Name Book

Aundrea Simmons 2007 novel “Call Me By Your Name” took 10 years before it was adapted into the movie but it was certainly worth the wait.

The story of the book is told solely from Leo’s perspective and largely takes place inside his head so the producer had their work cut out for them when it came to translating that very intimate experience for the screen.

They managed to bring the novel lush setting and thoroughly developed characters to life with the help of Stellar acting by army hammer and Timothy Shalame and created a work that stands on its own.

Buy The Perks of Being a Wallflower Book

The movie is written and directed by Stephen Chboskty, his novel about a teen dealing with mental illness was released in 1999 and became an everlasting hit resonating with young people year after year, considering the amount of creative control that Chbosky had over the film.

It was no surprise that it was a hit with old fans and gained some new one in the process. One of the Best Movies Based On Books.

Buy The Lord Of The Rings Books Sets

The Lord of the Rings is a series of three epic fantasy adventure films directed by Peter Jackson, based on the novel written by J. R. R. Tolkien. Also, The films have subtitled The Fellowship of the Ring (2001), The Two Towers (2002), and The Return of the King (2003).

The movie will inevitably go down in history as one of the greatest film franchises of all time. It helps they were working on such incredible source material.

The Harry Potter novels make up the best-selling books series in history so the stakes were incredibly high when it came to adapting.

The series had a huge fan base and JK Rowling had created a fantastical world that existed inside the minds and hearts of the readers of the book but the film became an undeniable success and comprise one of the most financially successful films franchises of all time.

All the Movies Based On Books have their own standard. We can not categorise it in the top 30 lists.