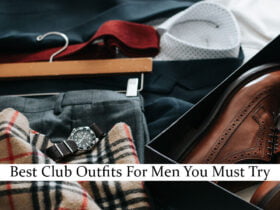 Nevertheless, everyone has this feeling to visit these places at least once in their lifetime.

There is a strong reason why people feel that way about fictional places. Think to yourself, who doesn’t want to be at a place where the magic happens? Where can your wishes come true? Where will you give your eyes a beautiful view every day? Well, everyone would love to be at such places.

This article will spotlight 15 such fictional places which are undoubled beautiful and magical at the same time.

starting from Hogwarts school (a magical place), and willy Wonka’s factory (a chocolaty place) to Gatsby Mansion (a beautiful palace), this article on fictional places is sure-sure ta sure-sure treat for your thirst to be at some magical, beautiful, and quirky place.

so, without any further ado, let’s dive straight into the list of these fictional places.

1- Hogwarts School of Witchcraft and Wizardry

This place is from the Harry Potter Series. Hogwarts School of Witchcraft and Wizardry, often shortened to Hogwarts.

It was the British wizarding school, located in the Scottish Highlands. To let you know, the school only accepted magical students from Great Britain and Ireland for enrolment.

It was a state-owned school, which was funded by the Ministry of Magic. The sad part is, The precise location of the school could never be uncovered because it was rendered Unplottable.

Precisely To Muggles, the school appeared to be an old, abandoned castle.

The interesting part is, Children with magical abilities were enrolled at birth, and acceptance was confirmed by owl post at age eleven.

Do you know that The castle’s 142 staircases were known to change position? How magical! One can’t deny that The castle was known for its many updates and changes in layout throughout the years.

Witches and wizards could not Apparate or Disapparate on Hogwarts grounds. Undoubtedly, This school deserves to be on top of the list. One of the best fictional places everyone wishes existed in real life.

This place is from the Charlie and the Chocolate Factory. Guys, Who is not fond of chocolates? And all other things made of chocolate? Everyone loves it.

What if I ask you to ponder about a place where everything is made of chocolate? Does it sound interesting? This is the same place to be at.

Indeed, it’s a place where everything seems to be made of chocolate – the floor, trees, even a waterfall!

You will not believe that All your dreams about plucking chocolate and candies from trees come alive here.

Not to forget the opportunity to enjoy the company of the wacky, eccentric owner Mr. Willy Wonka. Indeed, the city is the best paragon of the chocolate city.

This place is from the Wonderful World of Oz. The Emerald City is the largest and most relevant city in the magical Land of Oz.

It stands in the very center of Oz, being the official imperial capital of the entire country. Though there are evil witches, there is a lot of happiness in this place.

There is magic all around the city which will leave you enthralled. One of the best fictional places everyone wishes existed in real life.

This place is from Star Wars. What if I ask you that Aren’t you always dreaming of setting foot on the moon?  What will be your answer? Well, as far as I guess it should be yes!

Let me tell you, If you were a resident of this galaxy, you could do so much more! Not to forget the light sabers. However, it’s a place where travel is commonplace.

This place is from the Batman Series. Gotham City or simply Gotham is a fictional city appearing in American comic books published by DC Comics, best known as the home of the superhero Batman and his close allies.

The city was first identified as Batman’s place of residence in Batman and has since been the primary setting for stories featuring the character.

Though it is a city of crime, it is also a really interesting city to be in. And guess what, you could run into Batman at any point in time! Crazy!

And if not that then at least be working at Wayne Industries. Cool, right?

This place is from the X-Men Series. The X-Mansion or Xavier Institute is the common name for a mansion and research institute appearing in American comic books published by Marvel Comics.

The mansion is depicted as the private estate of Charles Francis Xavier, a character in X-Men comics. It serves as the base of operations and training site of the X-Men.

It is also the location of an accredited private school for mutant children, teenagers, and sometimes older-aged mutants, the Xavier Institute for Higher Learning, formerly the Xavier School for Gifted Youngsters.

However, the students here are taught how to harness their energy. Indeed, a wonderful fictional place to be at.

This place is from the Thor Series. Asgard is a small, planetary body that serves as home to the Asgardians, a race of beings recognized by humans on Earth as the deities of Norse mythology, such as Thor and Odin.

It is not round like the Earth, does not spin on its axis, and does not revolve around a star. One of the best fictional places everyone wishes existed in real life.

It is a flat, asteroid-like mass that has a top surface with a gravitational pull, similar to that of the Earth, to keep the citizens and their cities from floating into the void.

This place is from Peter Pan. Neverland is a fictional island featured in the works of J. M. Barrie and those based on them.

It is an imaginary faraway place where Peter Pan, Tinker Bell, Captain Hook, the Lost Boys, and some other imaginary beings and creatures live.

The Shire was the homeland of the majority of the hobbits in Middle-earth. It was located in the northwestern portion of Middle-earth, in the northern region of Eriador, within the borders of the Kingdom of Arnor.

However, This place is from The Hobbit and The Lord of the Rings. So, there is food in plenty and there are happy faces everywhere you look. What more does one need? Adventure in the air! The Shire has all of this to offer.

The world is named after the country of Narnia, in which much of the story of the Chronicles takes place. In Narnia, some animals can talk, mythical beasts abound, and magic is common.

The series tracks the story of Narnia when humans, usually children, enter the Narnian world from Earth. One of the best fictional places everyone wishes existed in real life.

This place is from the Harry Potter Series. Hogsmeade Village, simply called Hogsmeade, was the only all-wizarding village in Britain.

Let me tell you that, It was founded by Hengist of Woodcroft. However, Hogsmeade’s specialty was it is a picturesque little village decorated with cottages and shops.

The place glorifies its beauty with enchanted candles hanging in the trees during the holidays. How beautiful it is.

The plus point is that this place was also near the location of the train station used by the Hogwarts Express. This made traveling convenient for the visitors.

This place is from the Swami and His Friends. Swami and his friends live in a small village in Southern India, which is called Malgudi.

Nevertheless, This is a fictional location. Yes, it’s not an actual village. Although it is representative of all the small villages in the region. Quite confusing. One thing’s for sure: the innocence of childhood is best re-lived here.

Do you know? People speculate that Malgudi is inspired by Coimbatore or Yadavgiri. but as per what I feel, it is difficult to pinpoint one place.

The place is known to be The Last Homely House East of the Sea.

However, it’s a beautiful city of elves. The city has various traits, such as hospitality, joyfulness, friendly people, beautiful sightseeing, and a lot more.

People living there love to sing and dance. Anyone who visits the city at first feels delighted to be there for sure. Albeit, the scrumptious food of the city is irresistible for sure.

This place is from the Harry Potter Series. Guys, let me tell you, it’s a wonderful place for eggheaded people.

The place comprises all the amazing bookstores. Not just that the place even comprises magical stuff stores. To my knowledge, it’s the best place to be in the world.

This place is from the Great Gatsby. In order to let you know, This glamorous enclave is home to some of the most breathtaking properties in all of New York.

Also, it served as inspiration for Fitzgerald’s fictional towns of West Egg and East Egg in The Great Gatsby.

What if I tell you that this amazing place has a 14,551-square-foot colonial-style which sits on a massive 7.7-acre lot. Crazy!

Not just it, let me tell you that this features 13 bedrooms and 35 bathrooms. It also incorporates two separate guest homes that come with an indoor pool, as well as a bowling alley, a shooting range, and even a casino.

Hope you enjoyed this light reading!