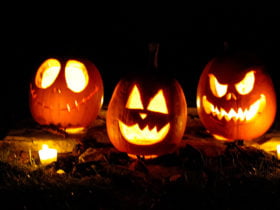 15 Best Halloween Music You Must Adore

In this article, we are presenting you the list of 20 super hit songs of DJ Skrillex all-time favourite. As we all know Skrillex (real name Sonny John Moore) is an American record producer, DJ, musician, singer and songwriter.

He is also known for his stylish long hair with unique haircuts. Skrillex haircut is going by the name of an undercut, sidecut, or half-cut hairstyle. Skrillex’s hairstyle is so popular that many of the biggest pop artists have copied it, like Beyonce, Ed Sheeran, Zayn Malik, Justin Bieber, Billie Eilish, and many more.

Meanwhile, Skrillex has won eight Grammy Awards, more than any other electronic dance music artist. He is a pop star and a rock hero, He made his name by reinventing the dubstep sound, and while some casual listeners may think only of his scratching, screaming, wobbling hits.

The track, “Purple Lamborghini” is a song by DJ Skrillex and American rapper Rick Ross. It was released as a single for the motion picture soundtrack for the 2016 DC Comics film Suicide Squad on July 22, 2016, by Atlantic Records and OWSLA.

3 – Skrillex and Diplo – “Where Are Ü Now” with Justin Bieber

Skrillex and Diplo teamed up for this track, “Where Are Ü Now” ft. vocals from Canadian singer Justin Bieber. The song was released as the second single from the duo’s debut studio album, Skrillex and Diplo Present Jack Ü (2015). That’s why it comes in the best Skrillex Songs list.

Skrillex released the “Bangarang” features guest rap vocals from American hip hop recording artist Sirah. It was released as a single from his EP of the same name. “Bangarang” intersperses Sirah’s rap vocals throughout the song. The song’s title and lyrics reflect the battle cry of the Lost Boys in the 1991 movie Hook.

Scary Monsters and Nice Sprites is the second extended play (EP) by Skrillex. It was released exclusively through Beatport on October 22, 2010, through mau5trap and Big Beat Records. It won two Grammys at the 54th Annual Grammy Awards: one for Best Dance Recording, and another for Best Dance/Electronica Album.

Skrillex released the track Kyoto” featuring Sirah, which was taken from his fourth EP as Skrillex, Bangarang. The song has multiple influences of drum and bass, dubstep and electro house.

8 – Skrillex – Rock n Roll (Will Take You to the Mountain)

The track “Skrillex – Rock n Roll (Will Take You to the Mountain)” was taken from the “Scary Monsters And Nice Sprites” EP.

The track, “Summit” is a song by Skrillex from his fourth extended play, Bangarang (2011). It is the closing track (with the exception of the iTunes edition) of the extended play and features English singer-songwriter Ellie Goulding.

The electro track has catchy head-nodder with a nice bassline and those classic electro drums that seem to hit so hard in this song. Every single detail of the drop – it’s all perfect, every break and growl and synth – it all works so well together.

11 – My Name Is Skrillex (Skrillex Remix)

The track is taken from the “My Name Is Skrillex” EP by American electronic music producer Skrillex. The EP was self-released for free on Skrillex’s Myspace page on June 7, 2010. It is Moore’s first release to feature the stage name, Skrillex.

The song, “Ruffneck (Full Flex)” released as the second single from Skrillex’s third EP, More Monsters and Sprites. It was an unofficial song of the London 2012 Summer Olympics. It is featured in the corresponding video game.

Skrillex and Alvin Risk teamed up together for the track, “Try It Out”. It was released on 14 October 2013, as the lead single from Skrillex’s debut album Recess, through Big Beat, OWSLA and Atlantic Records. The Neon Mix acts as the single, although several versions are available.

Skrillex and Kill the Noise collaborated together for the track, “Recess” featuring vocals from Fatman Scoop and Passion Pit frontman Michael Angelakos. It was released on March 14, 2014, as part of Skrillex’s debut studio album Recess (2014).

The track, “Breakn’ a Sweat” is the third track on his fourth EP, Bangarang. It features guest vocal and musical contributions from the surviving members of the American rock band the Doors.

Skrillex, Starrah, and Four Tet have joined forces on a new single titled “Butterflies.” It follows a string of recent material from Four Tet: He collaborated with Madlib on Sound Ancestors, released his own Parallel and 871, and, late last year, shared “Her Revolution” and “His Rope.”

American producer Skrillex released the track “Would You Ever” featuring vocals from Jason “Poo Bear” Boyd. It is Boyd’s first official single as a lead vocalist. The song was released through Skrillex’s label OWSLA and Atlantic Records. That’s why it comes in the best Skrillex Songs list.