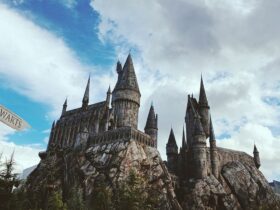 Hello folks, In this article, I am about to present to you the best Paw Patrol characters of all time. As we all know, Paw Patrol is a popular animated TV show for toddlers, preschoolers, and early elementary school kids. When the show first aired in 2014, it quickly became a popular TV show for kids. It’s currently in its seventh season.

The Paw Patrol is a group of six brave and heroic puppies that always save the day. Whether it’s a big bad pirate or a friendly cuddly bunny, these pups will always find the trouble and get to the bottom of it.

Tuck is one of the famous Golden Retriever characters in the Paw Patrol series. He has a twin sister, Ella. He actually cares about Ella and vice versa. Tuck enjoys playing with her in his extra time. As a Mighty Pup, Tuck has the power to shrink. His power is contrary to his sister’s, as Ella has the power to grow to massive sizes.

Robo-Dog is Ryder’s custom-made robot pup, created by Ryder himself, with some help from Rocky. He goes the PAW Patroller, preferably seen in “The New Pup“. Robo-Dog has all the different skills of the PAW Patrol, but his skills are enhanced. Also, He shows the Air Patroller, first seen in “Air Pups”.

Rex is a Bernese Mountain Dog who debuted in the Season 7 episode “Dino Rescue: Pups and the Lost Dino Eggs” & the most popular Paw Patrol Character of all time. He is a dinosaur specialist that lives in a place called the Dino Wilds where the PAW Patrol travels to. He can understand the speech of dinosaurs and acts as their translator.

Captain Horatio Turbot aka Cap’n Turbot is the PAW Patrol’s most systematic member of the team in the Merpup-themed special episodes. He is a stylish marine biologist and the watchman of Adventure Bay. His primary vehicles are a boat called the Flounder and an orange diving bell. He is a specialist when it comes to the sea and its occupants.

Sweetie is one of the famous characters in PAW Patrol and the main antagonist of the “Mission PAW” miniseries and the main protagonist in “Jet to the Rescue“, voiced by Anya Cooke. She is the pet of Princess Ashleigh Melissa Marie Rory of Barkingburg. In addition, Sweetie is shown to be aggressive, sneaky, cheap, and spoiled rotten.

Mayor Humdinger is the main enemy of the PAW Patrol series, acting as the overarching antagonist of season 1 and the main villain of seasons 2 onwards and PAW Patrol: The Movie. He is the arch-nemesis of the PAW Patrol, the supervisor and boss of the Kitten Catastrophe Crew, and the arch-rival of Mayor Goodway and Ryder.

A ten-year-old boy, Ryder is the leading protagonist of the TV series PAW Patrol. He is the team’s leader & the 1st member of the PAW Patrol. Ryder keeps the talents and capabilities of a leader. Ryder is very smart. He is capable to solve any issue that occurs in Adventure Bay. Ryder is very methodical and consistently prepared for any mission.

Everest is one of the famous female husky dogs that debuted in the Season 2 episode “The New Pup“. She is the PAW Patrol’s snowy mountain pup. Everest is an energetic, kind, and generous pup who adores performing rescues. She is good at “belly-bogging“, and is good at preserving people, like the rest of the PAW Patrol.

Tracker is the jungle pup of the PAW Patrol, one of the four tetartagonists of the popular Canadian cartoon series PAW Patrol. He is a fearless pup who is ready to use his keen hearing talent to rescue a person in danger when needed. He also likes speaking Spanish.

Rubble is one of the main positive characters in the PAW Patrol series. He is the 6th member of the PAW Patrol. His main purpose is to help with construction-related work, such as fixing train tracks and dragging supplies to fix broken buildings. Also, He has perfect skating and snowboarding capabilities and always wishes he is chosen on missions that might involve either skill.

Zuma is one of the main and famous characters in the PAW Patrol TV series. He is the water savior of the PAW Patrol. His preliminary goal is to rescue sea animals and people from underwater emergencies.

Rocky is one of the main characters in the PAW Patrol series & the smarter pups as he is actually good at using rubbish to create things. He is a male mixed-bread Eco pup and the fifth member of the PAW Patrol. It is strange what his true species are. His primary goal is to use recycled items to fix damaged objects such as water towers and soccer goals.

Marshall is a Dalmatian puppy and one of the 3rd members of the TV series PAW Patrol. In the PAW Patrol, usually, Marshall is the comic relief of the group, as he supervises to be goofy and clumsy. Marshall is really fast at running.

Skye is one of the main female cockapoo characters in the PAW Patrol series. She is the first female member of the PAW Patrol group, with the second being Everest. She is the only flying pup, with her jet-pack set and her helicopter & the fun-loving and loves to play and participate in fun exercises with her fellow PAW Patrol friends such as Pup Pup Boogie.

Chase is one of the popular characters in the PAW Patrol series. He is a German Shepherd puppy and a member of the PAW Patrol group. Chase is a police and traffic cop dog and a super spy police dog as of Season 2. He is an amazing sniffer and can hunt down anything. However, he is allergic to cats, feathers, and dust, Since he’s allergic to cats.