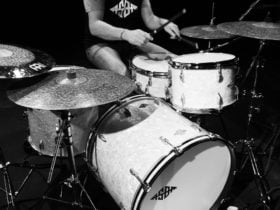 Touhou game is set in the Gensokyo land. The land comprises humans and yokai. It is sealed from the outside world. Gensokyo has different kinds of creatures like magicians, fairies, vampires, tengu, spirits and kappa. The entire Touhou games have almost female characters, only two to three male characters are present in the game. Let’s check out the list of famous characters.

Let’s start with the deuteragonist Marisa Kirisame. She is a magician and has amazing powers. She first appeared in PC-98 in Story of Eastern Wonderland.

Marisa is fond of collecting things, whatever the object is, if it looks interesting she collects it.

Reimu Hakurei is the central character of the game. She is one of the most popular Touhou characters. She is the shrine maiden of the Hakurei shrine.

In fact, the character is in almost every Touhou game. Reimu is trained to fight against her enemies and break magical barriers too.

Sakuya Izayoi resides in the Scarlet Devil Mansion. She is a Chief maid and performs her duties very well. She is the only human in the mansion.

Sakuya has attractive blue eyes and grey hair. The most interesting thing about her is that she can pause and resume time whenever she wants.

Flandre Scarlet is the sister of Remilia Scarlet. She has wonderful destructive power. Remilia orders her not to leave the mansion for 365 years.

Instead of being a vampire, she doesn’t know how to feed herself. Sakuya helps her. She sometimes acts like an insane.

Remilia looks cute but she is actually one of the most dangerous Touhou characters in the game.

Hong Meiling is the doorkeeper of the Scarlet Devil Mansion. She made her debut with the Embodiment of Scarlet Devil. She is amazing in martial arts.

Although she sleeps at her duty, she always gets alert when someone tries to come into the mansion.

Tewi Inaba is best known for her leadership. She is the leader of the youkai rabbits and protects Eientei.

She made her debut with Imperishable Night. Tewi has cute white rabbit ears, dark red eyes, and a mesmerizing personality.

She lives near Misty Lake which is around Scarlet Devil Mansion. Her name Daiyousei is given by fans and later adapted by Zun Soft.

Letty Whiterock is famous for her freezing abilities. She is only seen during the winter season. She is powerless regardless of winter.

Whiterock first appeared in Perfect Cherry Blossom as the Stage 1 Boss. She can strengthen the winter during its season and cause more environmental chill.

Alice Margatroid lives in the Forest of Magic. She is a commendable magician youkai. She debuted with the PC-98 Touhou project game Mystic Square.

Alice appeared as a stage boss and sometimes as a playable character in games like Imperishable Night, Scarlet Weather Rhapsody, etc.

Fujiwara No Mokou was initially a normal human being. But she gets immortal after drinking Hourai Elixir.

Despite being immortal, Fujiwara feels pain when gets injured. She appeared in Imperishable Night and Shoot The Bullet games as an extra stage boss.

Eternity Larva is a humble butterfly fairy. She doesn’t like cold. Her peach-colored eyes and light blue hair make her more attractive.

She is one of the most beautiful Touhou characters. You know what she becomes less active in winter and have more strength in the summer season.

Momiji Inubashiri is a white wolf tengu. She has a work of patroling the Youkai mountain. Her ability to smell and sight assists her a lot in duty.

When Momiji gets bored she plays with kappa and dai shogi. She has to report to Tenma if any powerful attacker is there on the Youkai mountain.

Cirno is one of the main characters in the Great Fairy Wars. She is actually an ice fairy and likes to freeze frogs. Cirno is also a childish fairy sometimes she gets confused while taking decisions.

In battles, she uses ice as a weapon like ice cubes and icicles. She first appeared in the Embodiment of Scarlet Devil as Stage 2 Boss.

Minoriko Aki is the sister of Shizuha, and both of them control the autumn season. She is the goddess of abundant harvest in Gensokyo.

She made her debut with Mountain of Faith. Minoriko visits the human village and gives a good harvest to the people.