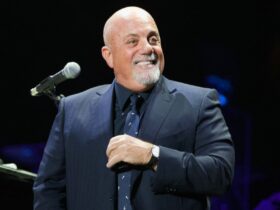 Here we go guys, are you looking for the who is the richest rapper? So you are at the right place. In this article, I am going to present to you the richest rapper in the world. They all are self-made richest rappers in the Hip Hop industry. The list includes Ye(Kanye West), Drake, Pitbull, Dr. Dre to Ad-Rock.

Adam Keefe Horovitz aka Ad-Rock is a famous American rapper & guitarist, born on October 31, 1966. Horovitz started his music career with a stint in the punk rock band The Young and the Useless, who often performed with Beastie Boys. He was a member of the hip-hop group Beastie Boys. Currently, his net worth is $180 million.

Pitbull (real name Armando Christian Pérez) is an American rapper and singer, born on January 15, 1981. As of July 2022, Pitbull’s net worth is estimated to be approximately $100 Million. Pérez started his profession in the early 2000s, recording reggaeton, Latin hip hop, and crunk music under a group of labels. He has sold over 25 million studio albums and over 100 million singles worldwide. One of the famous richest Rapper in the world.

Nicki Minaj (real name Onika Tanya Maraj-Petty) is a Trinidadian-born rapper & singer, based in the United States, born on December 8, 1982. Nicki Minaj’s Net Worth is $130 Million USD. She rose to fame with her debut album, Pink Friday (2010), which topped the U.S. Billboard 200 chart. As of July 2022, Minaj is the most followed rapper on Instagram, with over 194 million followers.

Birdman (real name Bryan Christopher Williams) is an American rapper and record executive, born on February 15, 1969. He is a member of the hip-hop duo Big Tymers, along with producer Mannie Fresh. As of July 2022, Birdman’s net worth is estimated at $100 Million. In 2002, Birdman released his debut album and has gone on to release four solo studio albums in total.

Kasseem Daoud Dean Aka Swizz Beatz is an American record producer, and rapper, born on September 13, 1978. Currently, his net worth is $150 million. At the age of 18, he started to gain glory in the hip-hop industry via his family’s record label, Ruff Ryders, as well as his fellowship and work with East Coast rapper DMX. Fellow American rapper, Kanye West called Dean “the best rap producer of all time”. One of the famous richest Rapper in the world.

Dwayne Michael Carter Jr. aka Lil Wayne is a famous American rapper & singer, born on September 27, 1982. Commonly regarded as one of the most influential hip-hop artists of his generation. His net worth is purported to be $170 million, according to Celebrity Net Worth. One of the famous richest Rapper in the world. He has won five Grammy Awards, 11 BET Awards, four Billboard Music Awards, two MTV Video Music Awards, and eight NAACP Image Awards.

Usher Raymond IV is an American richest R&B rapper & singer, born on October 14, 1978. He released his self-titled debut album Usher, released in 1994, and gained popularity in the late 1990s with the release of his second album My Way (1997).

Currently, his net worth is $180 million. Usher has sold 23.8 million albums and 38.2 million digital songs in the United States. Internationally, he has sold 80 million records worldwide, making him one of the best-selling music artists of all time.

Master P aka Percy Robert Miller Sr is an American rapper, record executive, and entrepreneur, born on April 29, 1970. Currently, Miller’s wealth is estimated to be $200 million, making him one of the richest figures in the American hip-hop scene. Also, he is the founder and CEO of P. Miller Enterprises and Better Black Television, which was a short-lived online TV network.

Eminem(Full name Marshall Bruce Mathers III) is a famous richest American rapper & songwriter, born on October 17, 1972. Eminem’s worldwide success and acclaimed works are widely considered as having broken racial barriers for the approval of white rappers in popular music. Currently, Eminem’s net worth is $230 million. He is consistently one of the highest-paid entertainers in the world.

Pharrell Lanscilo Williams is a famous American musician & rapper, born on April 5, 1973. Currently, his net worth is $270 million. Widely referred to as one of the most influential and flourishing music producers of the 21st century. Also, In 1999, he became lead vocalist of the band N.E.R.D., which he formed with Hugo and drummer Shay Haley.

Russell Wendell Simmons is an American entrepreneur, and record executive, born on October 4, 1957. He co-founded the hip-hop label Def Jam Recordings and created the clothing fashion lines Phat Farm, Argyleculture, and Tantris. Simmons’ net worth was estimated at $340 million. Also, Simmons promotes a plant-based diet and a yogic lifestyle.

Dr. Dre aka Andre Romelle Young is a popular American hip hop artist & record producer, and entrepreneur, born on February 18, 1965. He is the founder and CEO of Aftermath Entertainment and Beats Electronics. He is one of the richest hip-hop musicians with an estimated net worth of $800 Million.

Dr. Dre started his career as a member of the World Class Wreckin’ Cru in 1985 and later found fame with the gangsta rap group N.W.A. He has won six Grammy Awards, including Producer of the Year, and Non-Classical.

Sean Love Combs aka Puff Daddy is a famous rapper & record executive, born on November 4, 1969. Combs has produced and farmed artists such as The Notorious B.I.G., Mary J. Blige, and Usher. Currently, Sean Combs’s Net Worth is estimated to be over $930 Million US Dollars, according to Forbes. Combs has won three Grammy Awards and two MTV Video Music Awards and is the producer of MTV’s Making the Band.

Shawn Corey Carter aka Jay-Z is a famous American rapper & record executive, considered as one of the most influential hip-hop artists, born on December 4, 1969. Coming to his Net worth, According to Forbes, Jay-Z’s current Net Worth is $1.6 Billion US Dollars, considered the richest rapper and most affluent music artist in the world.

Also, He founded multi-million dollar companies like Rocawear and 40/40 Club. Jay-Z and his wife, Beyoncé are holding the richest celeb couple in the world. Jay-Z’s annual income exceeds $150 Million and owns Assets and Investments worth $850 Million.

Ye aka Kanye West is an American-only richest rapper & record producer. Widely regarded as one of the greatest and most influential hip-hop musicians of all time. According to Celebrity Net Worth, Kanye West’s net worth is $6.6 billion, marking him the richest self-made black person in US history. One of the world’s best-selling music artists in the world.

According to the Forbes list, his net worth at $2 billion as of 2022, making him the wealthiest musician in the world.