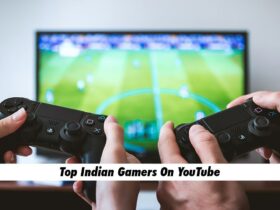 India is a country that unity in diversity. It has a diverse culture. There have been numerous people born in India who made their contributions in the terms of knowledge and science. Be it astronomy, science, arts, literature, or mathematics. Here we are going to discuss Indian mathematicians.

Aryabhata was born in 476 AD in Patliputra. He was a prominent Indian mathematician and astronomer. His most famous works are Aryabhatiya and Arya Siddhanta.

Srinivasa Ramanujan was born on 22 Dec 1887. At the age of 10, he topped in the district with brilliant marks. He also beat the students of the higher classes in mathematics when he was just 11 years old.

Srinivasa was a genius in mathematics. He has solved many equations that didn’t solve earlier before. Afterward, he introduced his own theorems with determination. He made noteworthy contributions to infinite series, mathematical analysis, continued fractions, and number theory.

Bhaskara was an Indian mathematician and astronomer. He was a scholar in Aryabhata’s astronomical school. He is famous for his significant works The Mahabhaskariya, The Laghubhaskariya, Arbhatiyabhashya, etc.

Moreover, he was the first person to write numbers in the Hindu decimal system. He also gave a noteworthy approximation of the sine function. In fact, The Indian Space Research Organisation launched Bhaskara I in honor of him on 7 June 1979.

Brahmagupta is one of the most famous Indian mathematicians. He was also an astronomer. His notable works include “Brahmasphutasiddhanta” and “Khandakhadyaka”.

The first one contains new insights into algebra, trigonometry, geometry, and algorithmic. Apart from this, it contains concepts of astronomy. The second one has a practical manual on Indian astronomy.

Calyampudi Radhakrishna Rao is a prominent Indian mathematician. He was born on 10 Sept 1920. He is the author of fourteen books and he published around 400 journal publications.

Rao is a member of eight National Academies in India, the UK, Italy, and the US. He has received numerous honorary doctoral degrees and medals, and accolades for his significant contributions. Not only in statistics, but he also made contributions to genetics, economics, biometry, medicine, anthropology, etc. In fact, He is a living legend.

Shakuntala Devi was a brilliant mathematician. She was born on 4 November 1929. She was also called a Human-Computer because of her fast calculating ability.

Devi has written several books about mathematics, astrology, and puzzles. She is a well-known personality to do lengthy calculations in seconds. She holds a Guinness World Record for her skills. Devi described the methods of calculations in her book “The Joy of Numbers”.

Chakravarthi Padmanabhan Ramanujam was an Indian mathematician. He was born on 9 January 1938 in Chennai. At an early age, he came to know his interest is in mathematics.

After graduation, his maths teacher insist to apply to the School of Mathematics at Tata Institute. Ramanujam joined the Tata Institute of Fundamental Research(TIFR). During his short span of life, he made noteworthy contributions to number theory and algebraic geometry.

Satyendra Nath Bose was a famous mathematician and physicist. He was born on 1 January 1894 in Calcutta(Kolkata). He was a polyglot and had an interest in various subjects other than mathematics and physics.

Prasanta Chandra Mahalanobis was an Indian mathematician and scientist. He was born on 29 June 1893. He was also known as the Father of modern statistics in India.

His major contributions are Mahalanobis distance, large-scale sample surveys, etc. He3 established the Indian Statistical Institute for advanced statistics research and training. Mahalanobis received a number of awards and honors for his contribution to Statistics.

Mahavira was a 9th-century Jain mathematician. He was the author of the Indian text Ganitasarasangraha. He was the first to segregate astronomy from mathematics.

Here we have discussed the famous Indian mathematicians. These are the gems of India. Like and share the post if you found it helpful. Stay connected to get more interesting posts.