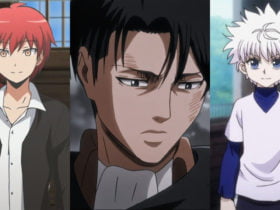 Musical instruments have been an essential part of our culture. They are used for different works. Some use them for professional work, some want to learn to play them for entertainment while some love to listen to their unique music. Be it parties, competitions, occasions, or religious works, these instruments play vital roles. Today, in this article we are going to consider the weird instruments in the world.

In fact, there have been a lot of instruments that are different from the normal ones. They can be different in terms of size, design, and method of producing music. So, let’s go and check out the list of 12 Weird Instruments you probably know.

Cimbalom is one of the weird instruments. Metal/Steel Strings are stretched across a trapezoidal box. Two sticks are used to pull strings that produce sound. V. Joseph Schunda designed the instrument in 1874. The instrument has gone through several changes in its design over the years.

In this instrument, there are 125 strings arranged. It is popular in countries including Ukraine, Hungary, Romania, Slovakia, Moldova, and Moravia.

Theremin or thereminophone is a musical instrument. Leon Theremin invented it in 1928. It is an electronic musical instrument that is controlled without physical contact. It has two metal antennas that sense the relative position of players’ hands.

Moreover, The instrument has control oscillators for frequency with one hand and amplitude with the other. The signals are then amplified and sent to the loudspeaker.

Henry Dagg invented the unusual instrument. It is a pin barrel harp that has eleven cylinders. The pins strike the internal strings as they rotate and produce music. It is also known as a barrel harp. In fact, the most exciting thing about it is that the instrument always stays in tune.

Sharpsicord has forty-six strings and eleven cylinders. It took five years to create this instrument. It weighs about two and a half-ton and stands ten feet tall.

Another weird instrument on the list is Pikasso Guitar. It is a four-in-one guitar as it has four string sections and forty-two strings. Master luthier Linda Manzer created the instrument in the late 1970s for jazz god Pat Metheny.

This instrument has a wedge-shaped body, two sound holes, four necks, and 42 strings. It indeed looks strange and two of its string sections don’t have fretboards.

Robert Grawi invented the electric double bridge harp in the year 1984. It has twenty-four strings and resembles the instruments mbira and kora. It is made of welded steel tubing without a resonating skin.

Coming to the bridge is made from a machined synthetic material with an integral piezo-electric sensor. There are two handles in the middle of the bridge and a metal crossbar at the top for stabilizing and tone control.

Further, the instrument is used in various albums, songs, and films including Hostiles, Intruder, Seaborne, etc. This is a weird instrument but famous for producing amazing music.

Wheel Harp is a musical instrument similar to the viola organista( designed by Leonardo da Vinci). It has a keyboard and foot-controlled motor to operate the bowed strings. Mitchell Manger and Jon Jones created the instrument.

When the player presses any key, it moves the key’s respective string toward a rotating wheel with an edge bowing the string.

READ MORE- 10 Different Types Of Trumpets You Must Know

Toha or Totem Harp can be played by two musicians. Where each player has a set of strings with similar tuning on each side of the instrument. It is one of the weird instruments in the world.

In fact, Victor Gama created the instrument Toha based on the weaver birds of Southern Africa. It has forty-four strings divided into two sections of a diatonic scale with three octaves each.

Crwth is a bowed string instrument. Actually, it is a bowed lyre. Its other popular names are crotta, rote, and crowd. It has been played from the European Middle Ages to about 1800.

Initially, a bow was used to play it. Later on, a fingerboard was added behind the strings. Its strings were increased from four to six over the years. The treble string was used for melody and others as drones.

Brian Jarvis invented the weird instrument in the year 1967. Stylophone is a mini analog electronic keyboard musical instrument. A stylus is used to play the instrument.

Moreover, famous musicians who used this instrument included John Lennon, Rolf Harris, David Bowie, and Kraftwerk. Richard Barone used it on his album Glow(2010). Acts like Pulp and Gromyka also used it in their works as well.

As the name implies, a Hydraulophone is a musical instrument played with water. Yes, you’ve read it right. In this instrument, the sound is produced hydraulically.

The player has to block the flow of water through holes. It produces a particular note. It has 45 finger-embouchure holes. Some have reeds while some are reedless. Moreover, It has mouthpieces at every exit port from the chamber.

READ MORE- Best Record Players In 2023 You Would Like

Benjamin Franklin invented the instrument in 1761. It is one of the weird instruments in the world. The instrument has a series of glass bowls or goblets that are arranged in ascending order that produces sound due to friction.