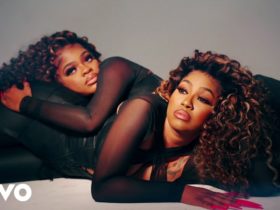 The track is much much much has high pitch beats with smooth vocals, when you’ll listen to the track you’ll feel good, there is no way to call it bad. Must listen.

“So much stuff I want man / You know what I want,” he says this in front of Mona Lisa painting, “A Mona Lisa in my room / Wanna light it up with snoop / Wanna picnic on the moon / Play myself in the cartoon.”