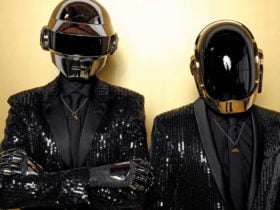 American singer & songwriter, Ariana Grande has teased the new collaboration, ‘Save Your Tears‘ Remix featuring, The Weeknd. Check out the post below.

Both the musical artists took to their Instagram and shared the small clip of the collaboration track and tag each other on the post. The eight-second clip, which hears a set of isolated vocals from the pair, matches the bridge of the song.

Her breathy vocals come up with the lyric, “I don’t know why I run away” from his After Hours cut “Save Your Tears.”

In the meantime, Recently, Ariana Grande has appeared on Demi Lovato‘s latest album, ‘Dancing with the Devil… The Art of Starting Over.’ Last month, She released a deluxe edition of her latest album, ‘Positions.’ Also she dropped her latest music video of the track, ‘34+35 Remix‘ ft. Doja Cat & Megan Thee Stallion.

Earlier In March, Ariana Grande won the 2021 Grammy Award for Best Pop Duo/Group Performance for the Lady Gaga collaboration “Rain on Me.”

Singer, The Weeknd officially dropped his latest ‘House Of Balloons’ mixtape on the streaming platform in its original form for the first time. It Original features 9 tracks including, ‘High For This,’ ‘What You Need,’ ‘House of Balloons / Glass Table Girls,’ & more.

Meanwhile, he revealed his ‘After Hours’ new tour dates for 2022. The tour will take place on 14th Jan to 16th Nov.