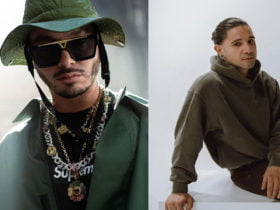 The documentary is directed by R.J. Cutler, and it will be released to Apple TV+ on February 26, 2021. The trailer starts with her getting her driver’s license and then purchasing her dream car, a Dodge Challenger. Also, in the trailer, we can see the archival footage from throughout Eilish’s life, candid looks at her life in recent years, and many more.

Her mother tells the camera, before getting cut off as Eilish playfully sprays her with a garden hose, “We said, ‘We’re getting the car with all the safety bells and whistles.’”

On 28th Sep, Billie Eilish announced her new documentary film. In the meantime, In February, She released the James Bond song “No Time to Die“, marking up with “my future” which was released in July.

Last month, She released her latest song, ‘Therefore I Am,‘ directed by Billie Eilish. This track is Billie’s fourth single since the release of her Grammy-winning debut album, “When We All Fall Asleep Where Do We Go?”.

This year, Eilish won five Grammy Awards (including Album of the Year) and also performed her new song “Therefore I Am” at the 2020 AMAs & she played her two songs “my future” and “Everything I Wanted” with brother Finneas on the ‘Tiny Desk Home Concert.‘