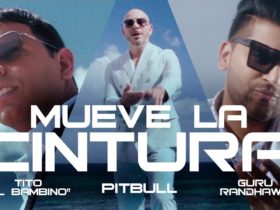 The group wrote on Twitter, “We are so excited for this next stage. It feels like yesterday when we were climbing those hills and putting out our first body of musical work into the world — now there are 9! Are you ready to reach new heights with us?”

READ MORE – Bruce Springsteen – ‘Only the Strong Survive’ Is Out Now!

The album featuring 15 tracks including:

“We were behind the front, then we bridged the gap. We rode an elephant’s back to realize the industry was full of monkey business. That was the end, but the end is new beginnings,” Black Eyed Peas member Will.i.am said of the new record.

“Becoming masters of the sun, mastering the industry, we realized we had to have a translation in this complex world. But we are falling up, and never falling down. Black Eyed Peas is known for elevation. This is the next stage for us, reaching higher,” he added.