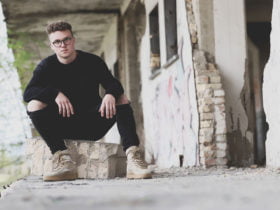 South Korean girl group, BLACKPINK has unveiled a teaser of their forthcoming new single named ‘Lovesick Girls‘ from the upcoming album The Album. Watch the full teaser below.

Blackpink shared the teaser news via Twitter, the group revealed ‘Lovesick Girls’ as the main & title track from the forthcoming album, called ‘THE ALBUM’. The track will mark the third single released from ‘THE ALBUM’ so far, which will be released on Friday, October 2.

Yesterday, the group shared the official teaser of their upcoming album, “The Album” featuring Rosé, Lisa, Jisoo, & Jennie. They also announced a ‘COMEBACK LIVE’ event to celebrate their debut album, ‘THE ALBUM’. The event will take place next Thursday, October 1 at 2 am BST (September 30, 9 pm EST/10 am KST) on VLIVE, which features lead single ‘How You Like That’ and ‘Ice Cream’ featuring Selena Gomez.