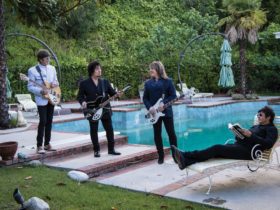 American songwriter and actress, Cardi B have officially cleared that, her relationship with rapper Offset is good again, according to the TMZ report. Cardi B dismisses her divorce case against the rapper Offset legally. It is the second time she’s changed her thoughts about leaving Offset. Though, she did not really file divorce papers the primary time.

Cardi B Dismiss Her Divorce Against Offset

In September, Cardi B filed a divorce case against Offset. Then the next month, however, on Instagram Live, she said that she and Offset were back together.

In September 2017, Cardi B and Offset secretly married. Then next month, they had made a public announcement with an on-stage proposal. Then in July 2018, Cardi gave birth to their daughter Kulture Kiari Cephus.

Meanwhile, Cardi B teamed up with BLACKPINK on their debut LP ‘THE ALBUM’, In the track ‘Bet You Wanna’. On 7th Aug, Cardi B released the brand new colorful music video named ‘WAP‘ featuring the popular rapper, Megan Thee Stallion.

Last month, She revealed the ‘Mad Pressure‘ & double standards faced by Female Rappers in the industry