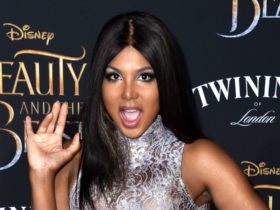 The new EP includes acoustic versions of “Simmer” and “Why We Ever,” songs from Williams’ debut solo album Petals for Armor.

She sings, “No one can / Hold your hand / Now through the delicate darkness / You go / If I trespass / Even one step / It all just disappears / Clock starts / Over.”

Back in October, She first announced ‘Self-Serenades’. It is released on a limited-edition 10″ vinyl in addition to digital formats. In the meantime, She also shared covers of songs by Björk (“Unison”) and Radiohead (“Fake Plastic Trees”) before appearing on NPR’s “Tiny Desk (Home) Concert” series earlier this month.