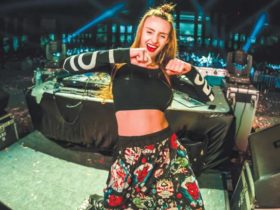 The album featuring 14 tracks including, Bodies, Antoinette’s Tale, Pick Up Your Feelings, Ari’s Tale. Put It Down, On It, Donna’s Tale, Pricetage, Rashida’s Tale, The Other Side, Amanda’s Tale, & Girl Like Me.

MUST READ – Slowthai Team Up With A$AP Rocky For Incredible New Track, ‘MAZZA’

Yesterday, she released the Girl Like Me song featuring H.E.R for the pre-celebration of the album, On 20th Nov 2020, she released the music video of her album’s single, “Pick Up Your Feelings.” You can watch the full video below.

“The truth is, women of all ages have been called a ‘heaux’ at some point in life,” Sullivan said about the new album, “whether deserved or not, by some man trying to put us in our place; a place designed to keep us under control, out of the way and usually beneath them. Women are over feeling ashamed about the decision we have made, or chose to make, in regards to our bodies.”