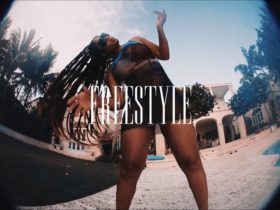 Indian rapper and songwriter, Badshah has teamed up with KR$NA for the new single, ‘Roll Up.’ Watch the full video below.

Yesterday, Badshah teased the track via social media while tagging KR$NA, and now the track has arrived. He also announced his upcoming song ‘TOP TUCKER,’ however, he has not revealed the official releasing date yet.

KR$NA & Badshah ‘Roll Up’ Out Now! Like This Track? Stream & Download The Full Song By Clicking Here.