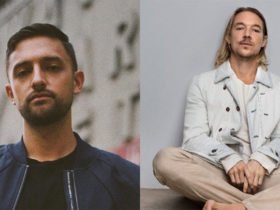 Indian-American musician & DJ, KSHMR has released his new single named “Over You” featuring Lovespeake. Listen to the full song below.

Together they are bringing all the Slap House vibes with their new single Over You. This song is full of lively drops and amazing vocals that make it fun and enjoyable for anyone to listen to.

Recently, KSHMR teamed up with Zafrir for the new track, “Winners Anthem.” Also, In June, he delivered the second series of his latest album, ‘Harmonica Andromeda’ Deluxe.