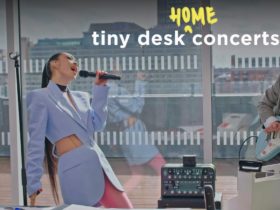 Three icons from around the world, Indian popstar Armaan Malik, multi-faceted Korean-American artist Eric Nam, and platinum music producer KSHMR have come together for a collaboration of epic proportions in the form of ‘Echo’.

This is a song about “the feeling of indecisiveness in a relationship that pushes partners off the edge.” Released off KSHMR’s genre-defying label Dharma Records.

Arman said, “‘Echo’ as a project actually began taking shape at Niles’ studio in LA. I was in the US on a work trip at the time, filming the music video of my debut English single “Control”, when I went to his studio to hang out and just jam with him. He played a lot of unreleased music for me and one of the ideas out of that lot was “Echo”. I liked the song so much that I cut my demo vocals there itself.”

“I loved Armaan’s voice and it was his manager Aayushman [Sinha, founder of Represent] who introduced us. I wanted to find the right idea for us and thought “Echo” could work. Thankfully, he loved it. There was still a missing piece of the puzzle though and that’s where Eric Nam came in.” KSHMR added.