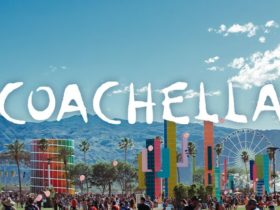 Coachella Festival Postponed to October Due To Coronavirus Fears

American DJ & record producer, Marshmello has officially revealed the date of his 4th album, “SHOCKWAVE.” Watch the full teaser below.

The album will be released on 11th June, (next week). He announced the album news via Instagram and wrote that, “My 4th album SHOCKWAVE is out 6/11.” Pre-save the album by clicking here.

Also, he released two more tracks this year including, “You” Ft. Vance Joy, ‘LAVANDIA’, ‘Like This’ ft. 2KBABY, ‘Leave Before You Love Me’ Ft. Jonas Brothers. Meanwhile, recently, He performed his massive performance at the 2021 UEFA Champions League(UCL) final.