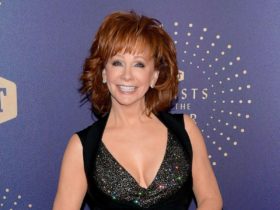 Reba McEntire Drops Updated Video Of Her Song ‘What If’

MUST READ – 20 Best Coke Studio Songs You Must Listen

He also did the live chat while releasing. Meanwhile, recently, Ikka collaborated with Divine & Kaater for the brand new hip-hop song ‘Level Up.‘ It’s the 1st single from IKKA’s upcoming debut hip hop album, the track is about IKKA’s evolution as a rapper.