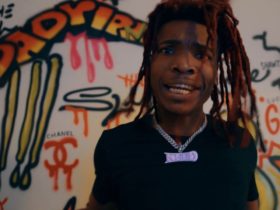 The first half of Faith delivers Pop’s signature sound on tracks “30” and “Brush Em.” While “Woo Baby, “Mr. Jones” and “8-Ball” showcase the late artist’s developing melodic styling that was just arriving at its agile peak before his untimely death.

As with Shoot for the Stars Aim for the Moon, Faith is heavy on features in order to fill out the song fragments he left behind. It’s rarely disappointing to hear Pop doing what he did best, but it’s also impossible not to wonder how he would’ve approached these songs had he been here—still creating, still innovating, still evolving. Nevertheless, Pop Smoke’s magic lives on, even if only in frustratingly fleeting moments.

In Feb 2020, The rapper Pop Smoke was shot dead at just 20 in an armed robbery at his home in the Hollywood Hills, less than two weeks after the release of his acclaimed ‘Meet The Woo 2’ mixtape.