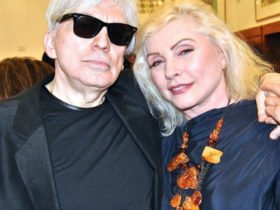 Porter Robinson announced the news via Instagram with the caption, “i have a surprise announcement — on top of Look at the Sky coming out today, i can also finally tell you the album release date: Nurture will drop on April 23rd (of 2021!!).” Pre-save the full album by clicking here.

The album will be released on 23rd April via Mom + Pop, it will mark his first LP since his 2014 debut Worlds. Earlier this month, he teased the song, “Look At The Sky,” on 27th Aug, Porter Robinson released official audio of ‘Mirror,’ from the upcoming sophomore forthcoming album, “Nurture.”

“‘Look at the Sky’ is fundamentally a song about hope,” Robinson said in a press release. “There’s no shortage of fuel for despair, but you can’t take meaningful action to improve things if you don’t have some belief that things might get better.

He added, “That’s what hope is, and I think it’s an emotion worth nourishing. I wrote this song at my lowest point emotionally, when I thought I couldn’t make music anymore, and I wasn’t sure if my existence would have any meaning if I couldn’t make music. In the lyrics, I’m sort of imagining what life would be like once I was on the other side of all that fear and anxiety and sadness. I’m happy to report that it’s amazing on the other side of all this, and I’m so glad I had hope and persisted.“

READ MORE – The Weeknd Is Set To Release Greatest Hits Album, ‘The Highlights’ Next Week