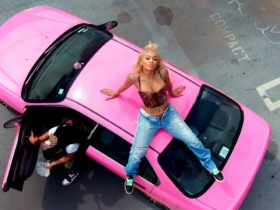 Canadian singer & songwriter, The Weeknd is all set to release his greatest hits album, ‘The Highlights’ next week. Check out the tracklist below.

The album, ‘The Highlights’ will be released on February 5 and includes a number of The Weeknd’s biggest hits, including ‘Can’t Feel My Face’, ‘Starboy’ and ‘Blinding Lights’. The Weeknd hasn’t officially announced the record himself, it is available for pre-order on his official merch store – Click Here.

It will be released two days before The Weeknd plays at this year’s Super Bowl halftime show, which is taking place at the Raymond James Stadium in Tampa, Florida on February 7. Recently, The Canadian singer was named as one of the biggest-selling artists in the UK during 2020.

It will follow the release of his fourth studio album After Hours (2020) and his first greatest hits album since The Weeknd in Japan (2018).

You can see the album ‘The Highlights’ full tracklist here.

In the meantime, recently, he released his latest music video of the track, “Save Your Tears.” On 28th Aug 2020, The Canadian pop singer teamed up with Calvin Harris for an EDM track named ‘Over Now.’