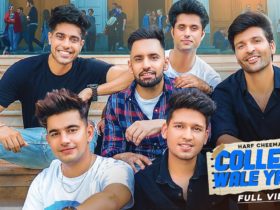 American rapper & singer, Post Malone has teamed up with Roddy Ricch for the new song named “Cooped Up.” Listen to the full song below.

The track marks the latest preview of his new album Twelve Carat Toothache, which will be released on 3rd June. He produced the single with his frequent collaborator Louis Bell.

Also, the track is the second single Post Malone has shared from his forthcoming album, following “One Right Now” with The Weeknd.

In an interview with Billboard, Post Malone described the new album as a reflection on “the ups and downs and the disarray and the bipolar aspect of being an artist in the mainstream.”

Post Malone Team Up With Roddy Ricch For New Track, “Cooped Up”