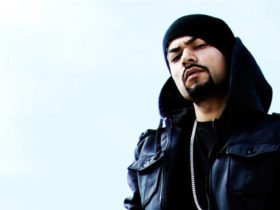 Indian American record producer & DJ, KSHMR has released his second single, ‘Around The World‘ featuring NOUMENN from the upcoming album. Listen to the full song below.

The track is the second single taken from his upcoming album, ‘Harmonica Andromeda.’ In the meantime, He has released his debut album’s title track, “The World We Left Behind” Ft. KARRA. The rest of the tracks are on the way.

KSHMR mentioned about the track, “Around The World” feat. @noumennofficiel. This song has so much emotion for me, thinking of family and the long road that led me here. Hope you guys enjoy it.“

In Verse 1 he the vocals come, ‘So respect when his eyes inwall the moon / Step by step / Closing off to touch the moon / Deep inside we know we can make it right / I believe in you and me, let’s give a try.’

Also, he announced that he will be debuting his new album live at Insomniac Event – Park N Rave next month. The event will take place on March 19th at insomniac events Park-N-Rave at the NOS Event Center in San Bernardino. Pre-save the tickets by clicking here.

ᏦᏚᎻᎷR ‘Around The World’ Ft. NOUMENN Out Now! Like This Track? Stream & Download The Full Song By Clicking Here.