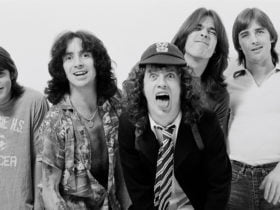 Canadian singer, The Weeknd has teamed up with Ariana Grande for the marvelous new remix, ‘Save Your Tears.’ Listen to the full song below.

MUST READ – Weezer Releases New Single, “I Need Some Of That”

Earlier this week, They both teased the new collaboration remix, via social media, now the track is officially out.

The Weeknd sings, ‘I saw you dancing in a crowded room / You look so happy when I’m not with you / But then you saw me caught you by surprise / A single teardrop falling from your eyes’

Then Ariana joins him and sings, ‘Met you once under a Pisces moon / I kept my distance ‘cause I know that you / Don’t like when I’m with nobody else / I couldn’t help it, I put you through hell.’

In the meantime, The Weeknd officially dropped his latest ‘House Of Balloons’ mixtape on the streaming platform in its original form for the first time. It Original features 9 tracks including, ‘High For This,’ ‘What You Need,’ ‘House of Balloons / Glass Table Girls,’ & more.