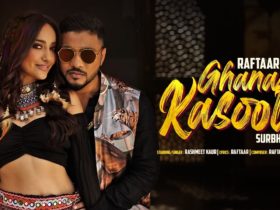 Canadian singer and record producer, The Weeknd has dropped his new music video song named “Take My Breath.” Watch the full video below.

In the clip, the Weeknd visits a futuristic nightclub, where he literally takes breaths from an oxygen tank. He also gets strangled by a woman’s long braid.

“It’s like a dream/What she feels with me/She loves to be on the edge,” he sings. “Her fantasy is OK with me/Then suddenly, baby says, ‘Take my breath, away/And make it last forever, babe/Do it now or never, babe.”

The track, “Take My Breath” marks the Weeknd’s first solo single since After Hours. Earlier this week, he teased the track in a commercial for the Olympics featuring Team USA’s women’s track and field team.

Recently, Belly, The Weeknd & Young Thug have joined forces together for the latest song, “Better Believe.”

In a new interview with Mark Anthony Green in GQ, the Weeknd said his next record is “the album [he’s] always wanted to make.” Green also described the album as “Quincy Jones meets Giorgio Moroder meets the best-night-of-your-fucking-life party records.”