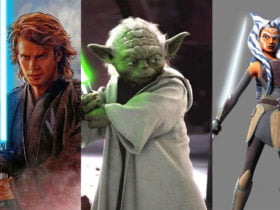 However, This is strongly based on Marvel’s Avengers Ranked From Most to least Powerful. So without any further ado, let’s dive straight into this article.

Who is the strongest avenger?

Scarlet Witch is the most powerful Avenger. We will shout this from the rooftops if we have to! With the power of telekinesis, she can move anything with the wave of a hand.

Her fight with Thanos in the MCU showcased the most power out of any of the Avengers by far. She breaks The sword of Thanos which was able to cut through Captain America’s shield.

A lot of you will wonder why Captain Marvel isn’t the first on this list, and we get that! Even Kevin Feige himself has stated that Captain Marvel is the strongest of the Avengers, and if we were looking at the comics, she would definitely be on top.

While her powers include the usual heightened abilities of a superhero, she also has a special “seventh sense” which surpasses Spidey’s sixth sense. Unfortunately, Captain Marvel didn’t have the chance to show all she has to offer.

Many fans were a little disappointed as there was a lot of build-up for her character, only for her to be flung back into the sky from whence she came. The strongest avenger ever.

In Infinity War, we see Thor take on the full force of the sun. THE SUN, y’all. It doesn’t look like Thor will live to tell the tale, but he does! He’s a god after all!

Interestingly, he is immortal and has the ability to control lightning?

Even if he isn’t everyone’s favorite original Avenger, there is no denying The God of Thunder is the strongest of the original group.

The Hulk has a lot more to offer! For starters, he is a LOT stronger than Drax, has a fast healing factor, and can go without water or sleep if needed.

Behind the big green guy is Bruce Banner. He is one of the smartest Avengers and eventually is able to become one and the same as Hulk.

However, It’s safe to say The Avengers would not have the same force without The Hulk’s ability to smash all things in his path and take any blow.

Stephen Vincent Strange, M.D., Ph.D. is a Master of the Mystic Arts. Originally being a brilliant but arrogant neurosurgeon.

Dr. Strange may not be everyone’s favorite Avenger, there is no denying his power. Strange can shift time and dimensions of free will.

Having also been joined by the Guardians of the Galaxy, Strange battled against Thanos. He has the abilities of flight, teleportation, astral projection, and so much more.

The vision was a synthezoid made from vibranium, created by Ultron with the help of Helen Cho, and given life by the powerful artifact known as the Mind Stone.

Upon his birth, Vision declared he was neither Ultron nor J.A.R.V.I.S., but one that would fight with them to protect humanity. How cool!

However, Because Vision wasn’t a victim of the Decimation, he wasn’t restored when Bruce Banner used the Infinity Stones. The strongest avenger ever.

Wanda Maximoff continued to mourn his loss and talked with Clint Barton who lost Natasha Romanoff about those that they have lost.

Speaking of this wonderful man, Anthony Edward “Tony” Stark was a billionaire industrialist, a founding member of the Avengers, and the former CEO of Stark Industries.

A brash but brilliant inventor, Stark was self-described as a genius, billionaire, playboy, and philanthropist.

However, With his great wealth and exceptional technical knowledge, Stark was one of the world’s most powerful men.

This suit makes Tony indestructible, and the best part about it is that he made it himself. The strongest avenger ever.

He is the one to ultimately defeat the big bad, after all. But a few other heroes give him a run for his money due to their sheer power which cannot be matched.

Black Panther has genius-level intellect as well as superhuman strength, speed, and reflexes.

This guy can smell fear, amazing isn’t it? Well, I personally don’t know about you, but that is an individual I would want on my side.

People loved him when they saw him Using the incredibly sharp claws on his suit.

Black Panther slashed at his enemy and tried to kill him, eventually pinning him to the ground and attempting to stab his target through the throat. What a scene it was! Mind-blowing.

You brought unexplainable energy to the screen that can’t be matched. Rest in power.

Speaking of him, Rogers grew up suffering from numerous health problems, and upon America’s entry into World War II, he was rejected from serving in the United States Army despite several attempts to enlist.

Due to the serum coursing through his veins, Cap has enhanced strength, speed, stamina, durability, reflexes, senses, and healing. The strongest avenger ever.

I guess you all may be surprised to find him on the list of Strongest avengers. Nevertheless, Winter Soldier is the most powerful Avengers and none other than a BEAST.

This guy has a LOT more combat and weapon experience, and frankly, many of us are shocked that Cap won their fight. Intriguing, right?

Scarlet Witch is the most powerful among the list of who is powerful Avengers. Wanda’s power is magic.

She can warp reality and is able to put all of the Avengers in a dream-like state when she is first introduced.

The best part about her? Wanda is still discovering her power. She has showcased so much power, yet most of it is still contained inside of her.

We can’t wait to see more of her and everything she has to offer!