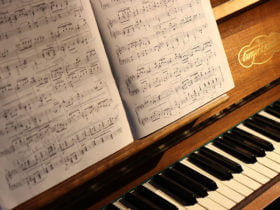 15 Best Songs Of The 90s You Must Listen

Are you searching for comedy movies? Your search ends here. Here in this article, we are presenting the list of 20 Best comedy movies in Bollywood. Comedy is one of the most favourite genres. Comedy movies refresh our minds, busts stress and most importantly entertain us.

From classic comedy to black comedy movies, there have been numerous Bollywood comedy movies that are treated to watch. Be it comedy-drama, romantic comedy, or thriller comedy. You would never say no to these hilarious movies. Laughing has many health benefits too. So what are you waiting for? Let’s check out the list given below:

Hera Pheri is one of the best comedy movies in Bollywood. It was a remake of the Malayalam movie Ramji Rao Speaking. Three men try to get money for a better livelihood. When the trio started living together it created a lot of hilarious situations.

The character Baburao got famous played by Paresh Rawal. It is one of his finest comic roles. However, the film became a box office success after some time. Its sequel Phir Hera Pheri was released in 2006.

Gol Maal is a 1979 comedy movie. Amol Palekar portrayed the role of Ramprasad Sharma. Ramprasad is a CA and wants to get a job. He gets the job in Bhavani Shankar’s firm.

Shankar doesn’t want his employees to have a hobby for sports because he considers sports a waste of time. Sharma plot a story of having a twin when Shankar questioned the hockey match. The 2012 film “Bol Bachchan” was inspired by this movie.

Circuit and Munna Bhai is the famous duo from the film Munna Bhai MBBS. Sanjay Dutt portrayed the commendable role of Murli aka Munna Bhai. Sunil Dutt played the role of Murli’s father. In fact, it was his last film. It is a worth-watching movie with loads of drama and comedy.

The story revolves around Munna Bhai. He enrolled in a medical college to fulfil his father’s wish. Dr Asthana is the dean of the college who is totally against Munna and his opinions about patients’ recovery methods. Munna falls for Dr Suman unaware of her real identity.

3-idiots is one of the best comedy movies in Bollywood. It was a blockbuster that portrayed the pressure on engineering students at graduation. The movie depicts the story of three friends Raju, Farhan and Rancho.

Farhan and Raju are on the way to find Rancho along with Pia and Silencer. Farhan remembers the incidents during their college life. The movie was based on the novel Five Point Someone. It was the highest-grossing movie at the opening weekend.

Jaane Bhi Do Yaaro is a black comedy movie. The story revolves around corruption in politics, media and everywhere. Two photographers Sudhir Mishra and Vinod Chopra joined the Khabardar publication. It offers photographers to expose the real faces of prominent rich people.

Vinod and Sudhir face a narrow escape while collecting evidence against corrupt people. They soon realize that the world has many corrupt persons and it is quite difficult to prove them wrong.

Golmaal: Fun Unlimited is a must-watch comedy series. Gopal, Lucky, Laxman, and Madhav are four college friends. They want to earn some money through scams with other people. The foursome takes the refugee into an old couple’s house after being thrown out of the hostel.

The couple was waiting for their grandson Sameer. They assume Gopal’s voice and Laxman’s body as Sameer’s. The sequels Golmaal Returns, Golmaal 3 and Golmaal Again were also superhits.

Andaz Apna Apna is one of the best comedy movies in Bollywood. The story revolves around two young men Amar and Prem. They want to get rich by marrying the daughter of a wealthy businessman Ram Gopal Bajaj. Both approach the same girl but eventually fall for different women.

Ram Gopal Bajaj has a twin brother Teja who is a gangster. But, things go upside down when Teja’s men Robert and Bhalla kidnap Ram Gopal. This movie will make you laugh your head off till the climax.

Jai and Janki are a married couple and want to take a divorce. After the divorce things get worse as Jai miss her daughter and wants to be around her. How far a father can go for her daughter? He transformed into a woman and become her daughter’s nanny.

Hulchul is a 2004 comedy film. The movie depicts the rivalry among two families. Jai and Anjali of both families pretend to be in love to seek revenge. But they really fall for each other. Jai’s father Angar Chand forbids his sons not to marry ever.

It becomes challenging for Jai and Anjali to please their families. Eventually, things get chucklesome. Both families are at daggers drawn, it is interesting to know how they deal with each other for their loved ones.

Pyar ka Punchnama is a comedy movie. The movie was released on 20 May 2011. Luv Ranjan is the director of the film. The story revolves around three guys who are looking for the love of their lives. Rajat, Nishant, and Vikrant are working bachelors.

Rajat falls in love with Neha, Nishant’s girlfriend is Charu and Vikrant loves Rhea. However, the relationships are not worthy. The trio splits but eventually, they miss their meetings and fun. The sequel of this movie was released in 2015.

Dhamaal is surely one of the best comedy movies in Bollywood. It is the first movie of the Dhamaal series. The movie was inspired by the American film Rat Race. The film has two sequels Double Dhamaal and Total Dhamaal released in the year 2011 and 2019 respectively.

Four men are in a race to find hidden treasure. Here everyone is chasing each other to get money. Interestingly, a police officer was also involved in it for money. Watch the movie to know who gets the money at the end.

Chup Chup Ke is a comedy-drama movie. The movie was adapted from the Malayalam movie Punjabi House. The story revolves around a man Jeetu who has indebtedness because of unsuccessful works. He tries to commit suicide. A fisherman saves him and keeps him for work.

Gundya and Bandya misunderstand Jeetu as dumb. The movie becomes enthralling as the story continues. Jeetu starts working in a Gujrati family because the fisherman has taken money from them. He falls in love with a dumb woman.

Bhagam Bhag is a comedy thriller movie released in 2006. It is a remake of the Malayalam movie Mannar Mathai Speaking. The story revolves around a drama troupe. The lead actress of the upcoming play was back out at the time of boarding. Hence they are searching new lead actress.

The situation of the actors becomes humorous as they are trapped in a murder case. The actress committed suicide but was suspiciously seen by other actors. The movie has twists and turns along with lots of drama and comedy.

Angoor is one of the prominent comedy movies in Bollywood. It is an interesting story of two pairs of twins who separated in childhood. Raj Tilak has twin sons and adopted another pair of twins. Accidently, one son of each pair has separated from them.

The story takes twists and turns when they meet with the twins unexpectedly. They have their names identical also. There will be two Ashok and two Bahadur that creates so much confusion and drama. Sanjeev Kapoor and Deven Verma plays double roles as twins.

Oh My God is a satirical comedy drama movie. It is based on the movie The Man Who Sued God. The movie was remade in Kannada and Telugu also. It depicts the story of a man Kanji Lal who doesn’t believe in existence of God. His shop gets destroyed due to a slight earthquake.

He applied for the claim in the insurance company but they didn’t do so. So he filed a case and then things go upside down as he blame God for this. Akshay Kumar portrayed the role Krishna. Paresh Rawal played the role of Kanji Bhai.

Hungama is a 2003 comedy movie. It is a remake of the Malayalam film Poochakkuru Mookkuthi. This movie portrays misunderstandings about people’s identity and personality that creates comic situations. It stars Paresh Rawal, Akshay Khanna, Rimi Sen, Aftab Shivdasani etc.

Anjali Patekar tries to find a job in Mumbai. Jitendra Sahai started his business and hired Anjali as he misunderstood her as the daughter of a renowned businessman. Meanwhile Jeetu likes Anjali but Anjali likes her roommate Nandu. Things mess up and get worse.

An NRI with his wife returns to his ancestral mansion. People in this town believes the house is possessed and not suitable to live. But the new generation don’t believe in these paradoxical terms. As a result, there starts a series of unnatural events that haunt and perplex everyone.

Delhi Belly is a black comedy movie released in 2011. The movie depicts the story three roomies Arup, Tashi and Nitin. Arup is a cartoonist who is indebted. Tashi is a journalist and Nitin is a photographer. Tashi’s fiance Sonia gives him a package of Vladimir Dragunsky to deliver.

Meanwhile, Tashi gave it to Nitin for delivery. But Nitin was suffering from an upset stomach hence he gave it to Arup. Somehow the package is exchanged and the gangster gets angry because of it. The lives of three people go upside down afterwards.

Bombay To Goa is one of the most popular comedy movies in Bollywood. It is a comedy movie whose directors are S. Ramanathan and Mehmood. The movie is a remake of the Tamil film Madras To Pondicherry. It was a super hit movie you must watch to laugh your head off.

The story revolves around a woman Mala who wants to be an actress in the film industry but her parents are against it. She ran away with lots of money and gave it to Sharma and Verma. Mala witnessed a murder. She boards a bus from Bombay to Goa. There are several people in the bus with different religions and cultures that’s why the trip becomes valiant and funny.

Ajab PremKi Gajab Kahani is a romantic comedy movie. As it name suggests it is a weird funny story of two people Prem and Jenny who fall in love each other but unable to realize this. Prem is the president of Happy Club.

Prem fall in love with a Christian girl Jenny Pinto, but Jenny loves Rahul. She wants to marry Rahul against both families’ will. Rahul’s father is a politician and he doesn’t want to lose the election. The cat mouse race began with interesting twists and turns. You can’t stop laughing out while wathing this amazing movie.