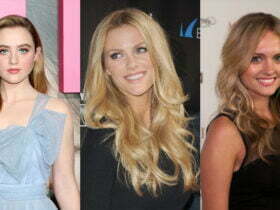 Are you into watching the best witch movies that will make you feel scared? Well, I guess These days everyone is fond of watching such movies. How about streaming movies that are a complete package of magic and the ultimate pleasure which is full of guilt. Intriguing right?

In this article, I will be presenting you the best witch movies that you should think of streaming, as soon as you find the time. All you need to do is, sit on a comfy couch, pour yourself a glass of fruit wine, grab some popcorn, and enjoy the witchy vibes of the movie.

So, without any further ado, let’s begin with diving into the list of the 12 best witch movies.

1 – The Autopsy Of Jane Doe

This movie revolves around the scene when an enigmatic body turns up at a crime spot, and the local police officer along with his son tries to know the reason behind the death of that dead body. The body was of a young lady named Jane Doe, who was found half-buried at the crime spot.

The officer and his son later realize that the dead body, which they bring home for autopsy, is holding dark and terrifying secrets. The type of secrets that are full of mystery. It’s a movie that will challenge your thinking abilities, due to the suspense that this movie holds. One of the Best Witch Movies ever.

The three main casts of this movie are:

Three of them have done a fabulous job, being those magical mystics of the universe. Well, this movie has that amazing touch of science fantasy.

Movie insight: this movie revolves around a girl named Meg Murry.  She is the girl who travels through space and finds time to rescue her missing father. Moreover, throughout the process, she discovers her confident self.

Albeit this movie is more approaching for 10-15-year-old girls.

It’s a perfect witch movie that brings a lot of uncertainty from horror to laughs and from laughs to romance.  This movie is way scarier for kids but at the same time, it’s childish for adults.

Movie insight: well, interestingly this movie is about a family who had a history of witches around 300 years. The sad part was all the witches suffered from a curse. Because of the curse, each witch’s husband died, so they lived to be single.

The story revolves around two sisters, named Gillian & Sally. Unfortunately, Gillian meets with a man named Jimmy who has evil spirits. Her sister tries to save her from him, but they both fall into a trap. This all together. Fuels the rest of the plot of the movie. One of the Best Witch Movies ever.

4 – The witches of Eastwick

They all looked incredible and of course, their acting was too good. Well, jack Nicholson had completely spiced up the movie with his presence. The movie is more about adult affairs and seasonal curiosity.  The three witchy woman falls in love with the same man, which is the most intriguing and exciting part of the movie to watch.

This movie has the right amount of suspense and intrigue to keep the audience interested and excited at the same time whilst watching the movie.

Movie insight:  the movie is about twins ( named, Tony & Tia ).  The kids had no family so they were living at an orphanage. The kids had a cat, whom they adored. Interestingly the kids had some superpowers because of which technically they were special kids.

A lot of people tried to exploit the kids. But the kids were smart enough to escape from those people. However, the kids were seen finding themselves a real home. The movie ends up with a twist of upside-down moments which sometimes were funny and sometimes scary enough.

Crux: this movie is worth a watch especially with your kids. One of the Best Witch Movies ever.

This is such a good and interesting horror movie to watch. The witch in this movie plays with her charm to seduce men around.

Movie insight:  Elaine ( Samantha Robinson ),  a bold, hot, young witch, loves to hang out and seduce different- different people at a time. Things go well at first, but as soon as anyone starts becoming too attached and needy for her, she ends up switching the person.

The film has more crazy colours, witchcraft, blood, and seductive scenes to offer. Overall, it’s a nice movie with a balance of horror, love and a lot more exciting elements.

This movie was released in 2013, it’s a Spanish horror film. The movie revolves around three bad witches, three male thieves and one child. This movie has elements of horror and entertainment. It’s a family movie, worth watching.

Movie insight: one fine day the three witches were playing cards, one of the witches tells the other that in future three men along with one child will come and visit the witch town accidentally. Along with this, she tells others that those people will bring good luck to the witches and their town.

So, later when those people visit the witch town, the witches strategies to perform their ulterior motives and cause harm to those people.

The movie ends with defeating the witches and getting out of their town. But the witches follow those people to their city and decide to cause trouble in their lives once again. One of the Best Witch Movies ever.

8 – Elvira, Mistress Of The Dark

The movie is completely full of suspense which is enthralling to watch.

Movie insight: This movie is about a girl who aspires to become famous in her acting career, and to make a lot of money out of her profession. The girl was abandoned by her mother at the time of her birth. This happened because Elvira’s mother wants to save her daughter’s life. Her mother has given a magical ring to her, about which she has no idea how magical it is.

In the end, when Elvira finds out about the power of the magical ring, she uses that for the good.

Give this movie a watch, because here I would not like to mess with the suspense of the movie.

If you are a fan of the Halloween festival, this enthralling movie is the right choice for you.

It’s a pure Halloween film, people feel what Halloween is without watching this movie. The film is as cool as its name.

The movie is about 3 sisters, named the Sanderson sisters.

Fun performances and wholesome high comedies and drama have been served for the viewers.

No doubt, this movie and it’s every single dialogue is widely popular, and people recall it on Halloween mostly. One of the Best Witch Movies ever.

10 – The Witcher: The Nightmare Of The Wolf

The animation of this movie is superb and approaches its viewers. The ultra-violent and poignant love story land effectively.

Movie insight: escaping from poverty to become Witcher, Vesemir slays monsters for coin and glory, but when a new menace rises, he must face the demons of his past.

This movie is about a girl named Earwig, who got adopted by a witch named Bella Yaga.

Bella Yaga had ulterior motives to take the little 10-year-old girl, Earwig. Earwig’s mother was also used to be a powerful and strong witch. This movie will give you enough power packs of emotions and of course, it’s a kid-friendly movie.

Albeit there is not much drama in the movie. It’s a simple yet best-animated movie. One of the Best Witch Movies ever.

Well, if you wish to feel scared, don’t think twice about streaming this movie.