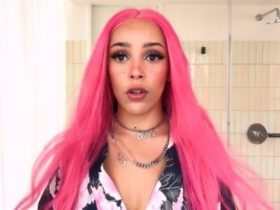 Do you also believe that fighting movies always work as mood enhancers? Well, I guess we all can agree to this at some point that deep inside we all have this zeal to take interest in fights that happen around us, isn’t it? For instance, when we see two people fighting in a market over some stupid topic, or when we see two truck drivers/car drivers fighting on road, we often end up taking so much interest in their fights.

Therefore, if you agree with me even a little at this then my dear friend congratulations. Yes! Indeed you are a certified “fighting movies” freak. Furthermore, on this note, I do have prepared a list of some best Hollywood fighting movies just for you.

Moreover, these movies include martial arts, Kung fu, Muay Thai, karate, boxing and other forms of fight. Albeit, I can assure you that if you stream any of these fighting movies, you surely will end up quenching your inner thirst to watch one of the best fights ever.

So without any further ado, let’s dive straight into the list:

This movie is based on a biographical sports drama and it is inspired by James J, Braddock’s life story.

Furthermore, The movie revolves around a man who is passionate about boxing and very good at it. He and his wife face some hard times in their lives.

However, The man somehow got a severe injury in his right hand and came to the verge of leaving boxing for a while.

Moreover, as boxing was the only source of their income, they faced a financial crisis.

Nevertheless, the man was very hardworking and dedicated to his passion for boxing. As a result, even after being injured he picked up boxing again and earned the required money for his livelihood.

The movie ends with the man and his beloved wife using the boxing income to buy a house, where they spent the rest of their lives. One of the Best Hollywood Fighting Movies ever.

It’s an American sports drama film. The film is about a small-time boxer who aspires to become successful in the field of boxing.

Furthermore, the film won 3 Oscars for best picture, director and film editing. The story of the film is bound to draw applause. The movie will keep you in suspense throughout.

Surprisingly the film had a budget of only $ 1 million, nevertheless ended up earning $225 million at the global box office.

The film has received only positive reviews and a lot of appraisals. It’s a must-watch one of the best fighting movies ever.

It’s an American sports drama film. The story of the film revolves around the two brothers who take part in martial arts tournaments. The film has received only positive reviews.

However, the two brothers are seen fighting for the same title. The one has his reason to fight for the sake of his daughter’s medical treatment while the other has an interest to fight because it was his profession.

Indeed, the film has a very intriguing story that will keep you seated at your place till you finish watching the movie.

This is an American biographical sports drama film. The film received mixed reviews on its release, which means both positive and negative. Nevertheless, the film was a huge hit. As a result, the film was nominated for 8 Academy Awards and it won 2 best actors for De Niro and best editing awards.

Furthermore, the film is about the professional boxer Jake LaMotta. The film mainly spots light on the violent tendencies that the boxer possesses when he fights in the Ring. The film was designed in a black and white format to give the viewers the proper taste of darkness.

Note: the movie is only for those who have a strong heart. If you have, what are you waiting for? Dare to stream It.

The film is based on an American biographical sports drama.

However, the film was inspired by the 1995 documentary that features the Eklund-ward family. The film revolves around the life of two professional boxers.

Furthermore, the film has won several awards including Best Picture and Best director.

The film serves a lot of action fights with a touch of an amazing film story that inspires its viewers to become better and better in life.

This movie is based on biographical martial arts. The primary focus of the film is based on the events that took place in IP’s life in the city named Foshan during the Sino- Japanese war.

However, Interestingly this film has its other 3 sequels namely, IP man 2, IP man 3 and IP man 4: The finale. Would you believe it? The film was nominated for 12 Hong Kong film awards. And not just it, the film won awards for best film and best action choreography.

Furthermore, I guess all these above-mentioned points are enough to give this film a watch. Trust me it’s worth it.

This is a pure martial arts film. The film grossed the US $ 350 million worldwide, this simply implies that the film has earned 400 times its actual budget. Isn’t it amazing?

This film is considered one of the most influential action films worldwide. Furthermore, the film has highly promoted martial arts through it. After watching the movie it becomes easier for the viewer to take interest in Martial Arts.

It’s an iconic film. This film features an international cast of actors of Chinese Ethnicity and the film is based on a Chinese novel. The film was a huge hit globally.

Furthermore, the film has won 4 BAFTAs and 2 Golden Globe Awards. Factors that resulted in making this picture a super-duper hit include, Story, Direction, Cinematography, and Martial arts sequences. indeed, one of the best fighting movies ever.

It’s an American film based on an American sports drama. The film is about a girl who dreams of becoming a professional boxer.

however to fulfil her zeal of becoming a professional boxer she gets a lot of help from an underappreciated boxing trainer. Throughout the film, you will be entertained with plenty of action fights, some drama and a lot of fun. one of the best fighting movies ever.

This film is also known by another name, The Thai Warrior. The film was indeed a super hit. It grossed $ 20,112,926 at the box office. However, the film revolves around a statue named “Ong-bak” located in a village named Bang Nong Pradu situated in Thailand.

Moreover, the film gets more exciting when Ting visits Bangkok. He meets one of his cousins there too, who somehow got him into trouble. As a result, Ting was bound to fight with so many people who became his Enemy.

The film ends with the Head of one-bak getting restored in Ban Nong pradu. Ting along with his villagers celebrates the return of the head.

Furthermore, the film is globally recognized as one of the biggest Kung fu best films ever. So, in case you are looking for only action and fight along with some drama, then this film will be perfect to watch.

This film is based on science fiction. The action scenes which have been shown in the movie are inspired by Japanese animation and martial arts films.

However, this fighting movie has received largely positive reviews from critics. The film comprises enough action and drama along with the right spice of entertainment.

Furthermore, the film has been known for being the best science fiction action film of all time.

Those who like watching science fiction fighting movies that involve a lot of fights then this film will surely make your day.