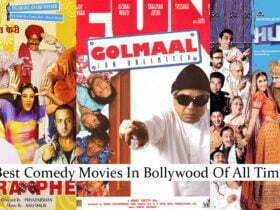 20 Best Comedy Movies In Bollywood Of All Time

Hey Guys! Are you looking for songs about sparrows? No need to go anywhere. Here we are presenting the sparrow songs you probably know. You know what Sparrows have more than forty species. People believe that if sparrows come to your home they bring good luck and if they build a nest in your home then that adds a feather to the cap.

READ MORE- 12 Best Songs About Cats You Must Listen

In fact, to create awareness about the extinction of sparrows every year “World Sparrow Day” is observed on March 20. Let’s go straight without any further discussion.

Here are some amazing songs about sparrows, check them out. You will love to listen to them.

“Sparrows” is one of the best songs about sparrows by Cory Asbury. This song from the album To Love A Fool was released in 2020.

A Sparrow’s Song was released in the year 2021. It was from Nefesh Mountain’s album Songs For The Sparrow.

Here is another beautiful song “Sparrows” by Jason Gray. Listen to this contemporary Christian song from the album Where The Light Gets In.

4- Two Sparrows In A Hurricane:

READ MORE- 20 Best Protest Songs Of All Time – Must Listen

Let me tell you that the 1992 song “Two Sparrows In A Hurricane” reached #2 on Billboard Hot Country Singles and Tracks. It was from Tanya Tucker’s album Can’t Run From Yourself.

You would like to listen SayWeCanFly’s Song Of The Sparrow. The album Between The Roses was released in 2015.

The folk-rock duo Paul Simon and Art Garfunkel released the song Sparrow along with the album Wednesday Morning, 3 A.M. in 1964.

READ MORE- 12 Best Songs About Family You Must Listen

7- Sparrow In The Tree Top:

Sparrow In The Tree Top is a renowned song by Guy Mitchell and written by Bob Merrill.

Now, let’s listen to The Seekers’ Sparrow Song that was released in the year 1975. It is one of the melodious songs about sparrows.

“How Shall A Sparrow Fly” is one of the most popular songs about sparrows by Ryan Bingham. The song was released in 2018.

Little Sparrow is the song of the album A Day For The Hunter, A Day for The Prey by Leyla McCalla.

Another song is The Sparrow from The Flaming Lips. It was released in the year 2019.

READ MORE- 12 Best Songs About Drugs & Alcohol Of All Time

Pat Barrett’s song “Sparrows and Lilies” from the album of the same name is a soulful song about sparrow.

Spare-Ohs is a song by Andrew Bird released in 2007. It includes styles as alternative/indie and pop music.

ALSO-READ- 12 Songs About Fighting You Must Listen

Sparrow and The Wolf song belongs to the album Early in the Morning by James Vincent McMorrow.

Neko Case’s Maybe Sparrow is the sparrow song released in 2006 with the album Fox Confessor Brings the Flood.

Sparrows Will Sing is a 2014 song by Marianne Faithfull.

Sing, Sparrow, Sing is a popular song by the folk duo The Milk Carton Kids. Here are some lines of the song:

Sing, sparrow, sing loud
Hide under here
Little voices sound bigger now
Who could be listening through the clouds?

READ MORE- 10 Popular Songs From The 50s You Must Listen

19- The Sparrow and the Medicine:

The Sparrow and the Medicine is a 2008 song from the album Shallow Grave by the artist The Tallest Man on Earth.

For The Sparrows is one of the latest songs about sparrows released in 2021 by Thomas Anderson.

Sparrow in the Birch was released in 2014 by Crofts Family. Here are the lyrics:

Sing Sing, sparrow in the birch
Through the winter morning
Ring Ring, Bells of the Church
Ding dong ding dong
While the first frost settles on
Its new-found throne over the town
To the faint, sweet sound of children
Singing in a round….

Aretha Franklin’s song “His Eyes Is on the Sparrow” from the album A Woman Falling Out of Love released in the year 2011.

23- A Sparrow Alighted Upon Our Shoulder:

The classical style song A Sparrow Alighted Upon Our Shoulder by Johann Johannson released in 2016.

William Fitzsimmons’ song I Don’t Feel It Anymore from the album The Sparrow and the Crow released in 2008.

25- Keep Your Eye On the Sparrow(Baretta’s Theme):

Baretta’s Theme/ Keep Your Eye On The Sparrow is one of the iconic songs about sparrows released in 1976. It was an amazing song by Sammy David Jr.

Listen to these wonderful songs about sparrows. We have presented twenty-five songs. Tell us which one you’d like the most. Stay tuned for more entertaining posts.