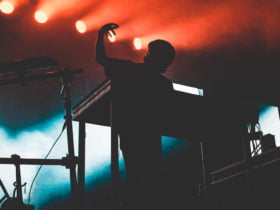 Are you looking for funny comedy podcasts & confuse to find which one is best? So you are at the right place, In this wonderful article, I am going to present you the Best Comedy Podcasts Of All Time. After listening to These podcasts, your stress/tension will go away and you will be in a great mood. So what are you waiting for? let’s start listening to comedy podcasts one by one.

This list contains a full package of your laughing therapy, When you scroll up the page you will see your all-time favourite comedy podcasts list includes, How Did This Get Made?, Comedy Bang! Bang!, Las Culturistas, The Sloppy Boys, Why Won’t You Date Me? & many more.

Conan O’Brien Needs a Friend is a weekly podcast hosted by comedian and talk show host, Conan O’Brien & co-hosted by O’Brien’s assistant, Sona Movsesian, and producer, Matt Gourley. It has received positive reviews from critics and is one of the top podcasts on iTunes. One of the Best Comedy Podcasts Of All Time.

Speaking about this Podcast, Anna Faris says, I started this podcast with zero qualifications, only curiosity, the desire to connect, and a genuine interest in your life and your stories. One of the Best Comedy Podcasts Of All Time.

Las Culturistas is a comedy & pop-culture podcast co-hosted by Bowen Yang and Matt Rogers, produced by Will Ferrell’s Big Money Players podcast network and iHeartRadio. Starting in March 2016, it was previously part of the Forever Dog podcast network.

The show format is the host’s interview a guest to discuss their formative cultural experiences by asking the question “What was the moment of culture that made you say ‘Culture is for me?'”

7 – My Neighbors Are Dead

My Neighbors Are Dead is one of the famous Comedy podcasts, where host Adam Peacock talks to the lesser-known personalities from your favourite horror films. Each week is an all-new, exhaustively improvisational journey into the mystery featuring friends and fireballs from the worlds of comedy, horror, and beyond. One of the Best Comedy Podcasts Of All Time.

The Sloppy Boys is a podcast about cocktails. Each week, comedy rockers, Mike Hanford, Tim Kalpakis and Jefferson Dutton drink and discuss a cocktail recognized by the International Bartenders Association.

Marc Maron welcomes comedians, actors, directors, writers, authors, musicians and folks from all walks of life to his home for amazingly revealing conversations. One of the Best Comedy Podcasts Of All Time.

This podcast is an exploration to uncover that solution. Every week, Nicole invites a comedian, friend, or ex-fling to interview their dating life and figure out her own. About her, She is single and has been for decades. She’s smart, funny, has a fat ass and loves giving blow jobs.

NPR’s weekly contemporary events quiz. Have a laugh and test your news knowledge while figuring out what’s real and what we’ve made up. If you can’t get enough, try It’s Been a Minute Plus. One of the Best Comedy Podcasts Of All Time.

SmartLess with Jason Bateman, Sean Hayes, & Will Arnett is a podcast that links and joins people from all strolls of life to understand shared experiences via brilliant dialogue and organic hilarity. In each episode of SmartLess, one of the hosts reveals his mystery guest to the other two.

The Office co-stars and best friends, Jenna Fischer and Angela Kinsey are doing the ultimate The Office re-watch podcast for you. Every week, Jenna and Angela will break down an episode of The Office and deliver sole behind-the-scenes stories that only two people who were there, can tell you. One of the Best Comedy Podcasts Of All Time.

It is a weekly podcast covering hip-hop and pop culture’s most trying stars. Pitching shadiness and spilling tea with a facetious and humorous attitude, no star is safe from Fury and Crissle unless their name is Beyoncé.