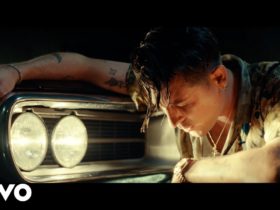 The track is written, performed by KR$NA, Karma & Ikka, additional production by Raftaar, mixed & mastered by Ryan Summer, & video by Filmy Boys. They returned and bring a new track out of the new tune which melody named is Villain sang without anyone else.

On the other hand, In Nov 2020, Ikka dropped his debut album named ‘I‘ featuring, Divine, Kaater, Lil Golu, and many more. The album showcases IKKA’s deep-routed experiences and brotherhood within the hip hop community (Angaar and Level Up), his lifestyle (Aajkal and Maujjan), his attitude (Khatma and Gaanewale Rapper).