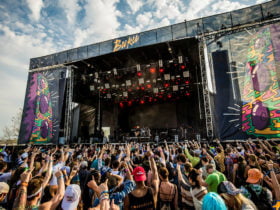 “I know it’s been a long time coming but I’m coming harder and harder,” Baby wrote on social media to share the news of the forthcoming LP, adding the hashtag “#worththewait”. He also posted the official artwork for ‘It’s Only Me’.

Recently, Lil Baby revealed his third studio new album named ‘It’s Only Me’ release date, which will be released on 14th Oct 2022. The track will follow on from 2020’s ‘My Turn’.

In the meantime, Lil Baby, DJ Khaled, & Drake teamed up together for the song named “Staying Alive.” The track appeared on DJ Khaled’s album, “God Did,” which was released on August 26 via We The Best Music Group/Epic Records.

Detox By Lil Baby Out Now! Like This Track? Stream & Download The Full Song By Clicking Here.