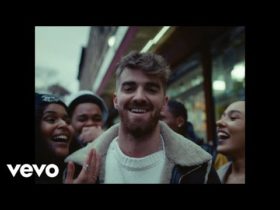 The visual for the song was filmed between Los Angeles, Miami, and a remote fishing village in Brazil. “Baila Conmigo” follows “De Una Vez,” Gomez’s first Spanish-language single in over a decade. Earlier this week, she also teased her first-ever Spanish EP, ‘REVELACIÓN‘, which will be released on 12th March. Also, she teased this track, ‘Baila Conmigo’ Featuring Rauw Alejandro.

Meanwhile, Last week, she released her first Spanish music video song, “De Una Vez.” “I am incredibly proud of my Latin background,” Gomez said in a statement. “It felt empowering to sing in Spanish again and ‘De Una Vez’ is such a beautiful love anthem.”

Producer Tainy added: “It was a really interesting song for me to work on with Selena since it fuses an authentic reggaeton sound with elements like the plucked electric guitar that lean more pop. Rauw’s melodies captured that essence and complemented Selena’s very well. I’m excited for this one!”