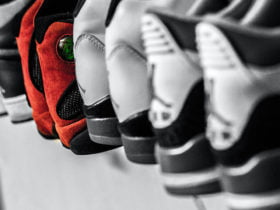 12 Expensive Shoe Brands In The World

Here we go guys, In this article, we are presenting you the famous Disney Pixar characters of all time which you definitely need to know. As we all know, Pixar is owned by The Walt Disney Company & an American computer animation studio known for its successful computer-animated feature films.

The characters of Disney Pixar are so cool, every Disney fan must love these cartoon characters. Pixar has produced 24 feature films including, Toy Story, Cars, Finding Nemo, The Incredibles, Ratatouille, WALL-E, Up, Toy Story 3, Brave, Inside Out, Coco, and Toy Story 4, Soul, and many more.

According to the Wiki, Pixar began in 1979 as part of the Lucasfilm computer division, known as the Graphics Group, before its spin-off as a corporation in 1986, with funding from Apple co-founder Steve Jobs, who became its majority shareholder.

So when you scroll up the page you will see some famous Disney Pixar characters of all time including, Buzz Lightyear, Mack, Doc Hudson, Gabby Gabby, Hamm, Nemo, and many more.

Doctor Hudson Hornet Aka MD is one of the famous animated anthropomorphic retired race cars who appears in the 2006 Pixar film Cars as a medical doctor and a local judge.

Ernesto de la Cruz was a frictional famous singer, and musician & he was the main antagonist of the 2017 Disney Pixar animated feature film Coco. He surprised audiences with his immeasurable looks and his charm.

Gabby Gabby is the main antagonist character of the 2019 Disney Pixar animated film, ‘Toy Story 4’. She is a vintage doll created in the 1950s who used to live in Second Chance Antiques, desiring to get the attention of a little girl named Harmony.

Remy is the famous Disney Pixar’s 2007 animated character & he is a bluish-gray rat from Paris with a passion for food and dreams of becoming a professional chef.

Hamm is a supporting character in the Disney Pixar animated movie ‘Toy Story’. He is a wisecracking piggy bank originally belonging to Andy Davis but now belonging to Bonnie Anderson.

Randall Boggs originated in the Disney/Pixar film, Monsters, Inc. & is an antagonist from Monstropolis who appears in Kingdom Hearts III.

The fictional character in the Pixar computer-animated film Cars, Sally Carrera is a 2002 Porsche 911 Carerra, and the character is modeled after Dawn Welch, the proprietor of Rock Cafe in Oklahoma.

Bing Bong is the most popular tritagonist of the 2015 Disney/Pixar animated film, ‘Inside Out’. He was the imaginary friend of Riley Andersen who existed within her mind.

Bo Peep is a fictional character in the Toy Story franchise created by Disney and Pixar. The character is voiced by Annie Potts.

A fictional character in the Disney/Pixar film Toy Story, Slinky Dog is a toy dachshund who speaks with a graveled Southern accent.

The fictional character, Dashiell Robert Parr From the Pixar franchise The Incredibles. The character is voiced by Spencer Fox in the first film and Huckleberry Milner in the second film. Dash sports a hearty sense of adventure and a boundless supply of energy.

Elizabeth “Ellie” Fredricksen was the wife of Carl Fredricksen & Despite her death before most of the events depicted, played a significant role in the 2009 Disney/Pixar animated feature film, Up.

Heimlich is a fat green caterpillar from Disney/Pixar’s 1998 film “A Bug’s Life,” with a German accent who works as a clown in P.T. Flea’s circus troupe.

Alec Azam is a white bunny and Presto DiGiotagione’s pet from the Pixar short Presto.

Robert “Bob” Parr Aka Mr. Incredible is the protagonist of Disney/Pixar’s 2004 animated film The Incredibles and the deuteragonist of its 2018 sequel.

Nemo is the titular tritagonist of the 2003 Disney/Pixar film, Finding Nemo, and a major character in its 2016 sequel, Finding Dory.

Anton Ego was a cutthroat food critic who was made infamous for his scathing reviews and cold surface. He is the secondary antagonist of Disney/Pixar’s 2007 animated feature film, Ratatouille.

Merida was added to the Disney Princess line-up as the 11th princess, on May 11, 2013, becoming the first Disney Princess to be created by Pixar. Princess Merida of DunBroch is the main protagonist of the 2012 Disney/Pixar film Brave.

Marlin is the protagonist of Disney/Pixar’s 2003 animated film, Finding Nemo, and the tritagonist of its 2016 sequel.

Helen Parr Aka Elastigirl and Mrs. Incredible is a fictional character who appears in Pixar’s animated superhero film The Incredibles and its sequel Incredibles 2.

Sir Tow Mater KG Aka Tow Mater or simply Mater is one of the main characters in Cars and its sequels, Cars 2 and Cars 3 as well as Cars Toons.

A fictional character from the Disney/Pixar Toy Story franchise, Jessie first appears in Toy Story 2 and has since appeared as one of the three central characters of the films and spin-offs.

Buddy Pine Aka Syndrome is the main antagonist of Pixar’s 6th full-length animated feature film The Incredibles. He was the biggest fan of his former idol Mr. Incredible.

Violet Parr is a fictional character who appears in Pixar’s computer-animated superhero film The Incredibles and its sequel Incredibles 2.

Carl Fredricksen is an old and cranky retired helium balloon salesman. He is the main protagonist of Disney/Pixar’s 2009 feature film, Up.

Edna Marie “E” Mode is a fictional character in Pixar’s animated superhero film The Incredibles and its sequel Incredibles 2.

Sheriff Woody is a cowboy, pulling rag doll, and is one of the main protagonist characters along with Buzz Lightyear from the Disney and Pixar animated films and short films Toy Story.

WALL- E is a waste-collector drone created by the Buy n Large corporation initially programmed to haul the garbage plaguing Earth in the distant future from the 2008 Disney/Pixar animated film of the same name.

Mike Wazowski is a character in Kingdom Hearts III.

James Patrick Sullivan Aka Sulley was a renowned scarer at Monsters, Inc. where he works alongside his partner and best friend Mike Wazowski from the 2001 Disney/Pixar animated film Monsters, Inc. and the deuteragonist of its 2013 prequel.

Buzz Lightyear is one of the two main characters in all four of the Toy Story animated movies from Disney and Pixar. He is a toy Space Ranger superhero according to the movies and an action figure in the franchise.