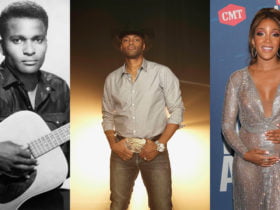 Many of the biggest pop stars in Hollywood was once part of the Disney singers group. Everyone may know about Disney but many of you may not know that most of your favourite pop stars got their fandom from being part of Disney. Also, some of the pop stars on the list started their career with Disney.

So, without wasting any time lets me know who are the best Disney Singers.

It’s only natural that melancholy guitarist John Mayer would perform this iconic song for the Cars film. Cause he is a master guitarist and an absolute genius when it comes to music. Also one of my personal favourite Disney Singers.

Stephen Schwartz wrote this song for country singer Carrie Underwood to perform on the Enchanted soundtrack. Carrie was converted into a cartoon for the music video, and she adventures between Andalasia and New York, much as in the movie.

Vanessa Hudgens, the actress, and singer may be most known for her breakout performance in the Disney blockbuster High School Musical, but she has proven there is life after graduation.

Hudgens was already destined for a career in indie films before joining the Disney family, but it was High School Musical that changed her life, landing her a recording contract and recurrent appearances in other Disney series.

Since her debut on the Disney, comedy Shake It Up at the age of 14. She became a role model for females everywhere after starring in KC Undercover as an adolescent spy who was not only a math whiz but also a karate master, and she successfully negotiated her contract to put her in the producer’s chair at the age of 16.

There was this lovable girl next door who indeed captivated adolescent America’s hearts: Lizzie McGuire, aka Hilary Duff. Moreover, Duff became a franchise after appearing in the Disney comedy named for her character, with her face plastered on everything from lunchboxes to bedding sets.

Joe, Kevin, and Nick Jonas moved from being a local family band that used to be bumming around New Jersey. But above all became adolescent heartthrobs thanks to the Disney influence.

Disney would also serve as a catapult for her singing career, as she recorded the Wizards theme song before hitting her complete debut with Kiss & Tell in 2009.

Lovato has been one of Disney’s most popular characters since her debut appearance in the TV movie Camp Rock, constantly playing with the pop formula and firing her vocals with weapon-like accuracy.

Justin Timberlake, like Britney and Xtina, was a popular trailblazer for the desiccation generation of the Y2K period. The former Mouseketeer went from *NSYNC heartthrob to pop’s number one solo artist quicker than you can say “Cry Me A River.”

Christina Aguilera, a by-product of the adolescent culture wave of the 2000s, made her debut on The New Mickey Mouse Club and topped the charts in 1999 with cheery pop singles like “Genie In A Bottle,” “What A Girl Wants,” and “Come On Over.”

You May Also Like: 10 Best Famous Female Rock Singers & Stars

Miley Cyrus spent most of her youth as the squeaky-clean rock-star-next-door Hannah Montana, but with her breakout song, the fittingly titled “Bangerz,” in 2013, she took a literal wrecking ball to her previous alter ego and exposed the world to a wild kid.

So, this is the list of some of the best Disney singers who are currently on top in the Pop-music industry.