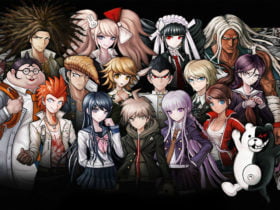 15 Famous Danganronpa Characters Of All Time

Here we go buddies, In this thrilling article, we will be looking for the famous Iconic duos who have been banging in the music industry for a long time. This list includes some popular musical genres like pop, hip-hop, & electronic dance music artists.

The Everly Brothers were the most popular American rock duo, also known for steel-string acoustic guitar playing. The group consists of Isaac Donald “Don” Everly and Phillip “Phil” Everly, the duo mixed elements of rock and roll, country, and pop.

In 1956, They started composing and recording their own music, and their first hit song released in 1957, with “Bye Bye Love”, written by Felice and Boudleaux Bryant.

Daryl Hall and John Oates Aka Hall & Oates are a popular American pop rock duo formed in Philadelphia in 1970. (Daryl Hall, a lead vocalist & John Oates plays electric guitar)Both two write most of the tracks they perform. They gained popularity from the mid-1970s to the late-1980s with a fusion of rock and roll and rhythm and blues. One of the famous Iconic duos in the Music Industry.

American folk-rock duo, Simon & Garfunkel, consisting of singer-songwriter Paul Simon and singer Art Garfunkel were one of the best-selling music duos of the 1960s, and their biggest hits, including “Mrs. Robinson” (1968), “The Boxer” (1969), “The Sound of Silence” (1965), and “Bridge over Troubled Water” (1970). Simon & Garfunkel won 10 Grammy Awards and were inducted into the Rock and Roll Hall of Fame in 1990.

American musical duo, Ike & Tina Turner, consisting of husband and wife Ike Turner and Tina Turner. Their revue was regarded as “one of the most potent live acts on the R&B circuit.” From 1960 to 1976, they performed live as the Ike & Tina Turner Revue, supported by Ike Turner’s band the Kings of Rhythm, and vocalists called the Ikettes. Also, They received the first Golden European Record Award for their international hit “Nutbush City Limits” in 1974.

The Carpenters Aka Carpenters(siblings Karen and Richard Carpenter) were famous vocal and instrumental duos. They have sold more than 90 million records worldwide, making them one of the best-selling music artists of all time. They produced a distinct soft musical style, combining Karen’s contralto vocals with Richard’s harmonizing, arranging, and composition skills. One of the famous Iconic duos in the Music Industry.

The Louvin Brothers were one of the famous American musical duos composed of brothers Ira and Charlie. The brothers used to wrote and performed country, bluegrass, and gospel music. They inducted into the Country Music Hall of Fame in 2001, and in 2011, Charlie died of cancer.

Daft Punk(Guy-Manuel de Homem-Christo and Thomas Bangalter) were a French electronic music duo formed in 1993 in Paris. They achieved popularity in the late 1990s as part of the French house movement. Also, they were one of the most influential acts in dance music history. In 2006, The duo directed their first film, Electroma, an avant-garde science fiction film.

On 22 Feb 2021, Daft Punk confirmed their break-up after a career spanning over 28 years. They were one of the most influential electronic acts of all time, confirmed the news in an eight-minute video called ‘Epilogue’ which featured footage from their 2006 sci-fi film Electroma.

Famous American hip hop duo, Eric B. & Rakim, formed on Long Island, New York, in 1986, composed of DJ Eric B. and MC Rakim. Tom Terrell of NPR called them the most influential DJ/MC combo in the modern pop music period. One of the famous Iconic duos in the Music Industry.

An American rock duo from Detroit, The White Stripes(Jack White and his ex-wife Meg White), formed in 1997. After dropping several singles and three albums within the Detroit music scene, the White Stripes rose to prominence in 2002 as part of the garage rock revival scene. Their single “Seven Nation Army,” became one of their most recognizable songs.

American soul and R&B duo, Sam & Dave(full name Sam Moore and Dave Prater), who performed together from 1961 until 1981. They consider one of the greatest live acts of the 1960s. According to the Rock & Roll Hall of Fame, They were the most successful soul duo and brought the sounds of the black gospel church to pop music with their call-and-response records.

American musical duo, The Righteous Brothers, formed by Bill Medley and Bobby Hatfield but now including Medley and Bucky Heard. In 2003, They were inducted into the Rock and Roll Hall of Fame. Their most active recording period was in the 1960s and ’70s, and, after several years inactive as a duo, Then in 1981, they reunited and continued to perform until Hatfield’s death in 2003. One of the famous Iconic duos in the Music Industry.

American hip hop duo, Outkast, formed in 1992 in East Point, Georgia, consisting of Atlanta-based rappers André “3000” Benjamin and Antwan “Big Boi” Patton. One of the famous Iconic duos in the Music Industry. The duo is one of the most successful hip-hop groups of all time, received six Grammy Awards. In 1994, Outkast released their debut album Southernplayalisticadillacmuzik, which gained popularity after the single “Player’s Ball” reached number one on the Billboard.

American country music duo, Brooks & Dunn is consisting of Kix Brooks and Ronnie Dunn, founded in 1990 through the suggestion of Tim DuBois. The duo’s material is known for containing influences of honky-tonk, mainstream country, and rock. In 2019, the duo inducted into the Country Music Hall of Fame. One of the best Country Music Groups ever.

Sonny & Cher(husband and wife Sonny Bono and Cher) were a pop and entertainment duo in the 1960s and 1970s. They had started their career in the mid-1960s as R&B backing singers for record producer Phil Spector. After a long time of their career, The couple’s career as a duo ended in 1975 following their divorce.

Ashford & Simpson was a songwriting team and recording duo of Nickolas Ashford and Valerie Simpson. As a performer, Ashford & Simpson’s best-known duets are “Solid” (1984) and “Found a Cure” (1979). Also, they both had written many other hit songs, including Chaka Khan’s “I’m Every Woman” (1978) and “Is It Still Good to Ya?”.