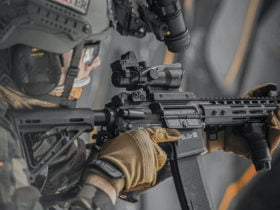 Are you looking for Indian Actresses who get successful in Bollywood and Hollywood? Your search ends here. We are presenting the list of 10 Best Indian Actresses who worked in Hollywood. Indians always leave an impression wherever they go, whatever they do. They inspire people to be limitless. Women are breaking all the barriers coming across their goals. It is not easy to do so.

In fact, Women are achieving whatever they want. Whether it is in education, job or other work they are just phenomenal. Our list includes Indian actresses Priyanka Chopra, Mallika Sherawat, Freida Pinto and Aishwarya Rai Bachchan who made it big in Hollywood.

Priyanka Chopra Jonas is an Indian actress, singer and producer. She is one of the most successful Indian actresses who made it big in Hollywood as well.

Some of her best movies in Hollywood are The White Tiger, Baywatch, A Kid Like Jake etc.

PC has also worked in Hollywood shows like Quantico, Aworld of Calm, It’s My City and Supersoul. She is undoubtedly one of the most popular actresses.

The real name of Tabu is Tabassum Fatima Hashmi. But she is better known as Tabu. She has won two National awards, six Filmfare awards and a Padma Shri.

Tabu has worked in two Hollywood movies The Namesake(2007) and Life of Pi(2012). She played the role of a mother in both movies.

She is one of the renowned Indian actresses who worked in Hollywood. Tabu has worked in many Bollywood movies and is best known for Andhadhun, Virasat, Maachis and Hera Pheri.

The winner of the Miss World 1994 pageant Aishwarya Rai Bachchan is an Indian actress. She was the first Indian actress to be a jury member at Cannes Film Festival.

Aishwarya has appeared in various Hollywood movies. Some of her best works include Bride & Prejudice, Provoked, The Pink Panther 2, The Last Legion, etc.

She is married to co-star Abhishek Bachchan and has a daughter. According to a reader poll of Uk’s Hello magazine, Aishwarya has voted the most beautiful woman of 2003.

Deepika Padukone is one of the most popular Indian actresses who has also worked in Hollywood movies. Her father Prakash Padukone is a former badminton champion and her mother is a travel agent.

Deepika is the founder of the Live Love Laugh Foundation which is for mental health awareness. She achieved immense success with the movies Padmavat, Cocktail, Bajirao Mastani etc.

Mallika Sherawat is an Indian actress born in Rohtak, India. Her real name is Reema Lamba. She made her debut with the film Jeena Sirf Mere Liye in the year 2002.

Furthermore, She made her debut in Hollywood with the thriller movie Hiss. She has also shared the screen with Brian J. White in her second Hollywood film Politics of Love.

Shabana Azmi is an Indian actress and social activist. She is the daughter of poet Kaifi Azmi and actress Shaukat Azmi. She is married to the famous poet Javed Akhtar.

In fact, Shabana is one of the most popular Indian actresses. She has worked in various Bollywood movies and won numerous accolades for her acting skills.

Besides, she debuted in Hollywood with the movie Madame Susatzka in 1988. She has also appeared in the films City of Joy, In Custody and Bengali Night.

Frieda Pinto is one of the famous Indian actresses who made her acting career in Hollywood also. She want to become a model since the age of five. After completing her studies, she started her modelling career.

She worked as a host in an international travel show Full Circle. In 2007, she got the role of Latika in the movie Slumdog Millionaire.

Some of her best Hollywood movies are Miral, Day of the Falcon, Love Wedding Repeat, Intrusion etc.

Shriya Saran is an Indian actress who was born on 11 September 1982 in Haridwar. She has worked in Hindi, Telugu and Tamil movies. She made her Bollywood debut with the film Tujhe Meri Kasam.

Shriya is famous for her roles in Ishtam, Sivaji, Santhosham, Drishyam, Chandra and Manam. She is one of the popular Indian actresses who worked in Hollywood.

Apart from it, she made her Hollywood debut with the movie “The Other End of the Line”. She shared the screen with the veteran actor Anupam Kher, American actor Jesse Metcalfe, Sara Foster and Tara Sharma.

Pooja Kumar is an Indian American actress. She worked in English, Hindi and Tamil movies. She won the Miss India USA pageant in the year 1995. Pooja has worked in various Indian movies.

Some of them are Vishwaroopam, Vishwaroopam II and Uttama Villain. The first two movies were shot in Tamil and Hindi languages.

Moreover, her Hollywood projects include Flavors, Man On A Ledge, Park Sharks, Bollywood Beats, Anything For You etc.

Tina Desi is an Indian actress born in Bangalore. She knows several languages English, Telugu, Gujrati, Hindi and Kannada. She made her acting debut with Yeh Faasle in 2011.

Afterwards, Tina made her Hollywood debut with the film The Best Exotic Marigold Hotel. Not only this but she also worked in the American series Sense8 and Thomas & Friends.

Some of her Bollywood movies include Dasshera, Cocktail, Table No. 21, Good Luck, Bob Biswas etc.