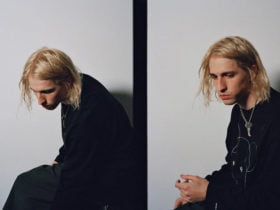 Katy Perry shared a thank you post on her Instagram while tagging Taylor Swift & wrote, “Miss 🌼🕊 adores her hand-embroidered blankie from miss @taylorswift 😩😩😩 hope it’s one she drags around for years till it becomes an unrecognizable shred that she keeps in her pocket as a teenager 🥺♥️.”

MUST-READ – Taylor Swift To Perform At The 2020 ACM Awards

California Girls singer, Katy Perry gave birth to a beautiful daughter with Orlando Bloom in August. In the post Katy shared of the blanket, you can see the words “Baby Bloom” embroidered on it and while we can’t say for sure if Taylor did the stitching herself, it sure does seem like it.

Yesterday, Taylor Swift announced, she will be performing at the 55th ACM(Academy of Country Music) Awards on Wednesday (Sept. 16). This will be her first performance in seven years on the ACM Awards stage. Swift will perform “Betty” from the new album Folklore and this will take place from the Grand Ole Opry House.

On 24th July, Taylor Swift officially released her latest album named ‘Folklore,’ and she also dropped the music video for the album track “Cardigan.” The album ‘Folklore‘ is Taylor Swift’s eighth album and a follow-up to last year’s Lover. The 2019’s LP got a much more traditional roll out, including music videos for “ME!,” “You Need to Calm Down,” “Lover,” and “The Man.”