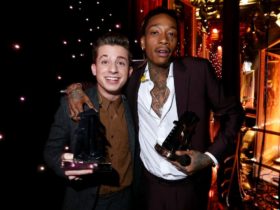 One of Tiger’s fans asked when he will collaborate with BTS, the biggest South Korean band. In reply to the question, Shroff said, “With BTS? Meri Toh Aukaat Nahi hai (I can hardly even dream of such a thing). These guys are the biggest group in the world right now. I am such a big fan of them. I recently did a dance vlog on their song Dynamite. It is such a feel-good song.

He added, “In times like these, we need that kind of vibes. I think the reason their music transcends boundaries and goes across the world is because of their lyrics, messages, visuals, and of course, their talent. They are such holistic performers.”

Recently, Tiger Shroff posted a video of himself dancing to the tunes of BTS’ popular track “Dynamite.” The video received immense love from his fans and the ARMY (a term used for dedicated fans of BTS).

On the work front, Tiger was last seen in Baaghi 3, which is currently streaming on Amazon Prime Video.

Also, BTS could be dropping their next album in the fourth quarter of 2020 between October-December. Big Hit Entertainment announced the new BTS MAP OF THE SOUL ON:E concert tour will take place this year. Recently, The K-pop Group and Netmarble shared a 10 minute long new mobile game trailer named ‘BTS Universe Story.’