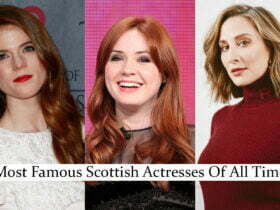 12 Most Famous Scottish Actresses Of All Time

Do you wanna know the Famous Indian musicians? Your search ends here. You will get a list of the 12 most famous musicians in India. India is the land of people with brilliant minds, skills, and kind hearts. There have been various legends born in India. Be it dancers, scientists, artists, or musicians.

Here we are going to discuss famous Indian musicians. From Pandit Ravi Shankar to R.D. Burman to C. Ramchandra, there have been excellent musicians who have contributed to the music industry. They are famous not only in India but all over the world. Let’s have a look at the list and know more about them.

Pandit Shivkumar Sharma was one of the most famous musicians in India. He was born on 13 January 1938. His father taught him to learn Tabla and Santoor at an early age. He recorded his first album in 1960.

In fact, Shivkumar is the one who made Santoor a classic musical instrument. He has received Padma Shri, Padma Bhusan, and Sangeet Natak Akademi Award. He died on 10 May 2022 due to cardiac arrest.

Pandit Ravi Shankar was an Indian musician and composer. He was born on 7 April 1920. He used to go on tour with the dance group of his brother Uday Shankar. Later, he decided to learn Indian classical music.

Ravi Shankar becomes the music director of All India Radio. He recomposed the music for the song “Saare Jahan Se Achha..”. He has received the Grammy Lifetime Achievement Award, Bharat Ratna, etc. Shankar has performed at various National & International events.

T.H. Vinayakram is an Indian musician. He was born on 11 August 1942. He has been awarded the Padma Shri, Padma Bhushan, Sangeet Natak Akademi Fellowship, etc. Vinayakram is credited with popularising the Ghatam instrument.

Hari Prasad Chaurasia is one of the most famous musicians in India. He was born on 1 July 1938 in Prayagraj. He learned to play the flute from Bholanath Prasanna for 8 years.

Bismillah Khan was an Indian musician. He was born on 21 March 1916. He popularised a musical instrument named shehnai. His ancestors were also musicians. He started his career by playing the instrument at several stage shows.

Afterward, he went to other countries to play shehnai. Khan has been awarded the Bharat Ratna, Padma Vibhushan, Padma Bhushan, and Padma Shri. He also received Tansen Award, Sangeet Natak Akademi Award, etc. At the age of 90, he died of cardiac arrest.

Burman composed his first song at the age of nine. His first movie was Chhote Nawab as a music director. He also worked as an actor in the movies Pyaar ka Mausam and Bhoot Bangla. ‘Ek Ajnabi Haseena Se’, ‘Chura Liya hai Tumne’, and ‘O Mere Sona’ are some of his amazing songs.

M.S. Subbulakshmi is one of the most famous musicians in India. She is the first singer to get the highest civilian honor, the Bharat Ratna. She was born on 16 September 1916. M.S. was born to a family of musicians that’s why she was introduced to Carnatic music at an early age.

In 1929, M.S. got a major breakthrough when she performed at the Madras Music Academy. She represented the country at foreign festivals. She also appeared as an actress in five movies. However, M.S. continued his music career instead of acting.

Zakir Hussain is a famous Indian musician. He is a tabla player, composer, and music producer. His father was Allah Rakha Qureshi, a renowned Tabla player. A book named “Zakir Hussain: A Life in Music” was published in 2018. It depicts his life and how he became a musician.

In fact, He has been awarded the Padma Shri, Sangeet Natak Akademi Award, and Padma Bhushan. Zakir has got the National Heritage Fellowship from the National Endowment for the Arts, US.

A.R. Rahman is one of the most famous musicians in India. He was born on 6 January 1967. He is a film composer, songwriter, singer, and record producer.

Amjad Ali Khan is a famous sarod player in India. He was born on 9 October 1945 to musicians Hafiz Ali Khan and Rahat Jahan. He learned music from his father.

Jagjit Singh was an Indian musician, composer, and singer. He was born on 8 February 1941. He was famous for his ghazals. Jagjit learned classical music from Pandit Chaganlal Sharma and Ustad Jamal Khan.

Jagjit married a ghazal singer Chitra Dutta. The duo gets success with the album The Unforgettable. Thereafter, they both performed in solo and joint concerts across the world. On his 70th birthday, Jagjit decided to do 70 concerts worldwide but before completion, he had a brain hemorrhage and died on 10 October 2011.

C. Ramchandra is one of the most famous musicians in India. He was born on 12 January 1918. His original name was Ramchandra Narhar Chitalkar. He sang amazing duets with Lata Mangeshkar like Shola Jo Bhadke and Kitna Haseen Ye Mausam.

As a music composer, he got immense success from the songs of the film Anarkali. He composed the patriotic song “Ae Mere Watan Ke Logon” sung by Lata Mangeshkar and poet Pradeep. He also composed music for Telugu, Tamil, Marathi, and Bhojpuri movies.